Love May Win But Bell Strikes Out 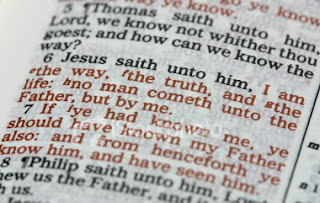 Rob Bell’s Book, Love Wins is not a theological treatise on heaven and hell but an emotional appeal to those post-modern and post-Christian types that see the traditional church as the problem rather than the solution.

This is unfortunate as Bell asks a lot of questions and casts much doubt on traditional orthodoxy but never provides a true replacement. There are already all too many that are distrustful of Christianity and skeptical of scripture. After reading the book, none of these people would have been helped by Bell.

Is reading the book just time wasted? If it were only a waste a time I wouldn’t bother to write this review.

Reading his book is something that I knew I would do and it took me a little less than two hours to get through the 198 pages of Rob Bell speak.

Bell starts off harsh and attacks your sensibility by provocatively asking questions such as if we believe that children that die before the ‘age of accountability’ go to heaven, then wouldn’t prematurely terminating a child’s life anytime before they reach this age be a “loving thing to do” guaranteeing that the child would end up in heaven? He also mentions Romans 10 where Paul says, “how can they hear without someone preaching to them” and then Bell goes on to describe this false straw-man argument of a hypothetical missionary that gets a flat-tire and can’t do his part in delivering the truth of the gospel. What then? He obviously expects us to gasp in the horror of the injustice.

Many of Bell's questions will make us cringe. We cringe in some ways because we recognize the paradox and know how confusing the reality of the entirety of scripture can sometimes be for all of us. Bell however never embraces the paradox of the gospel, the paradox that two seemingly contradictory statements can both still be true. He instead throws these hundreds of questions out that can only dissuade and discourage a more serious consideration of the truth of the Gospel.

The answer for Rob Bell regarding Heaven is not that dissimilar to what we may assume. Heaven, for Bell, is much more wonderful than we talk about and begins now and not at some time in the future. I would agree with his ‘better-than’ view of heaven however I would say that it is eternal life that begins now and the new heaven and the new earth are pretty well described in Revelation 21 and 22.

Bell’s description of Hell is more of what it isn’t than what it is. He rejects any conventional and orthodox view of hell particularly with regard to it being an eternal state. He bristles at the concept of ‘never-ending punishment’ and says that given enough time “everybody will turn to God and find themselves in the joy and peace of God’s presence”. He however offers no answers to where, how long or to what end this intermediate Hell exists.

Often Bell is intellectually dishonest. He offered up the esteemed Gandhi in the first chapter as an example of someone many would assume to be worthy of heaven. Bell's audience is expected to agree as there is always a 'someone' that lived a good enough life that would be an exception to the "only through Christ" reality of the gospel. However, Bell avoids any mention of Hitler who was responsible for tens of millions of deaths. What about Idi Amin or your local serial killer? Does anyone truly deserve hell? According to Bell, everyone eventually ends up in heaven.

Bell claims that ‘never-ending punishment’ does not give God glory. However, neither does a cheap, universal grace that is also described by Bell.

Bell’s arguments against the more traditional views of eternity and hell are spurious. Early in the book he claims that he is not alone in his less-than-traditional view and states that since the first century, there have been a number that insist that “hell is not forever”.

Yes, there have been people like Origin, Clement of Alexandria and others that argued for what we now know as ‘universalism’. What is interesting is that Rob Bell names these early theologians as part of the proof of his discourse. Historical evidence abounds however that the early church renounced these theologians and some of the creeds that we have today have a statement of belief in both heaven and hell as a result of this very controversy. These creeds have been pretty much considered orthodoxy within the church for about 1900 years.

Interestingly, while Bell doesn’t describe his version of hell, he embraces what many would recognize as the Catholic’s view of purgatory. He describes a second chance for people that die; God providing “endless opportunities in an endless amount of time” for people to say yes to God.

Kevin DeYoung, the pastor of a growing church in Grand Rapids, Michigan, home of Rob Bell closes his excellent and much more developed review of Love Wins with these comments that are worth noting:

“If Love Wins is wrong…. then what damage has been done to the souls of men and women? Bad theology hurts real people. Is Love Wins true? Open a Bible, pray to God, listen to the faithful Christians of the past 2000 years, and answer the question for yourself.”