Culture is an interesting phenomenon. For many people, the word culture refers to the arts including the visual, culinary and performing.  More academically stated, culture has to do with values and behavior in society and is typically defined by three parameters:


In the movie “Scent of a Woman,” Colonel Frank Slade, played by Al Pacino, is blind and hires Charlie Simms, played by Chris O’Donnell, to escort and accompany him on a busy weekend trip to New York and a number of different locations.  In one scene, Charlie and Colonel Slade walk into a building and the Colonel asks his young assistant, “What are we doing in a church?” Charlie hadn’t told the Colonel it was a church, but Frank Slade, while blind, could tell just by a number of cultural clues, such as the hushed talking, the distinctive echo of the building and the smell of the candles.

Christian subcultures are very interesting and can be just as pervasive in our modern nondenominational churches as they once were within our more traditional denominational churches. The advantage of a subculture is that it persistently and powerfully reinforces some values that the group embraces. Like an invisible hand, it arranges the language and symbols to fortify the culture. The disadvantage of a pervasive subculture is that it often communicates to people outside the group the wrong message and delivers an obvious barrier to entry.

Here in the west, many of our churches have been sensitive to the impact of overtly Christian cultural symbols and have eliminated to a great extent the most obvious barriers to entry. Most new churches and church campuses start in public school buildings, storefronts and are nondescript. New church buildings are often more about function and usage than about ornamentation. Signs, chairs and functional auditoriums have largely replaced crosses, pews and traditional sanctuaries.

However, all of these contemporary, nondenominational churches and traditional churches still have to beware of the subculture that easily develops around the language that we use as well as the patterns and rituals that very easily define our behavior when we gather together.  Diversity or the lack of it is one of the major identifiers of culture.  Diversity includes the young and old, rich and poor, as well as the more easily identifiable racial, ethnic and gender differences. Many churches have come a long way, but most of us can still learn about diversity from organizations like Disney, Marriott and McDonalds.

The use of words that are more branded than descriptive can easily become a barrier to people that are outside of the subculture. Modern churches often don’t have altars, but we often invite people to come upfront to the altar. Communion is offered in our churches sometimes weekly or much less frequently, but always needs to be described rather than performed.  Activities, including children and student instructions, new-member orientation and volunteer appreciation are often clouded by our language and need descriptive sentences that help acculturate visitors. Brand-new attendees need neutral language and descriptions that help them understand and hopefully respond to what is being communicated. In addition, all too often, ‘insider jokes’ are a part of sermons, weekly announcements and even written communication. These anecdotes and mini-narratives are intended to be good-natured and often are, but they also communicate clearly that you are outside of the group if you don’t get the joke.

The best way to eliminate the barriers of entry that a Christian subculture may unintentional create is to intentionally extend the borders. Borders are the third defining element of culture after language and symbols. Borders, however, shouldn’t define the church. The Great Commission is about taking the Gospel to the people, and the true definition of the church is a people that are called-out. Buildings, auditoriums and comfortable chairs are great, but the kingdom of God grows when the people of God become the church and reach all people, subgroups and subcultures.

In Matthew 16:18 Jesus told the Apostle Peter, "I will build my Church and the gates of hell will not prevail against it"

As we look at our local churches, it's pretty easy to see that some are growing and others have been in decline for years.

What makes the difference and is how is it related to the promise that Jesus made to Peter that the 'gates of hell will not prevail against it'?

This word 'hell' that is translated in most of our modern translations is actually the Greek word, "hades" and was the temporary place for both the good and the evil.  Jesus referred to this place when he taught about the rich man and Lazarus.

The transition into hades or the gates of hades is accomplished only by dying.   Jesus tells us that true life only comes through dying.  In the Gospel of Luke Jesus said, "I tell you the truth, unless a kernel of wheat falls to the ground and dies, it remains only a single seed. But if it dies, it produces many seeds."   Jesus often talks about death of self and denying

Both physical death and 'death of self' have advanced the Kingdom of God or the Church since its inception.  The ancient Church as well as the Church in many dangerous places in the world today is advanced by the death of Her saints.  We read of the early martyrs of the church who were witnesses and evidence of this verse in Luke.   Strongs word G3144 "martus" is the same word as 'witness'.

When we 'die to self' we transfer our leadership and right to control the local church to the true head which is Jesus. He is the one that is building the Church.  The Church is not a building or a denomination or even a non-denominational church.  It is the living, breathing, and growing Ecclesia. 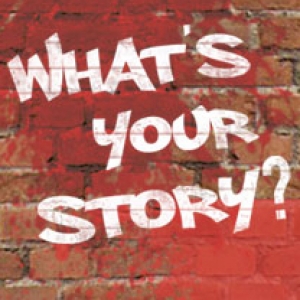 One of the things I used to teach my clients when I was in investment banking is that one of the best ways of promoting your business to a potential investor or client is to tell the story!   I used to have my clients practice their ‘elevator story’, which was a way of getting to the point of the story in the amount of time you would have to talk with someone on an elevator.


Similarly, one of the best ways to reach a neighbor, friend or co-worker for Christ is your personal testimony. You personal testimony is a story; it is not theology but simply how your human condition was changed when you accepted Jesus Christ as your Savior.

We just need to tell the story.  We likely don’t have all the answers. Telling the story doesn’t mean you have perfect recall of theology.  Consider the women at the well who said, "I don’t know. Come and see. You tell me.. Is he the Christ?" (John 4:29)  Consider also the blind man who was miraculously touched by Jesus. The religious establishment who were the supposed experts in theology was grilling him.  The once-blind man just gave a simple response: "One thing I do know. I was blind but now I see!" (John 9:25, NIV).

If you note, while the Apostle Paul was extremely gifted in Hebrew and Greek and understood the wonderful theology that today has become our New Testament often he simply used his personal testimony when sharing the Gospel. You would think that this anointed and special Apostle,  a scholar who understood the scriptures would use logic and theology when sharing the gospel.  However, over and over again, before Roman governors and Jewish leaders, the Apostle Paul often would simply tell the story of how he came to know Jesus Christ as his Savior and Lord.

Note that Paul always talked about his condition BEFORE, the impact of a crucified and risen Jesus Christ and his life AFTER.

Paul gives a simple summation of this process in 1 Timothy 1:12-15:

"I thank Christ Jesus our Lord, who has given me strength to do his work. He considered me trustworthy and appointed me to serve him,13 even though I used to blaspheme the name of Christ. In my insolence, I persecuted his people. But God had mercy on me because I did it in ignorance and unbelief.  Oh, how generous and gracious our Lord was! He filled me with the faith and love that come from Christ Jesus.  This is a trustworthy saying, and everyone should accept it: “Christ Jesus came into the world to save sinners”—and I am the worst of them all.  But God had mercy on me so that Christ Jesus could use me as a prime example of his great patience with even the worst sinners. Then others will realize that they, too, can believe in him and receive eternal life."

What is your story?  Learn to be able to relate the sinner that you were, the condition that all men and women are in when they don’t know Christ.  The realization of the power of the Cross to forgive, redeem and restore and the impact that Jesus has had on your life.