Belief in the Resurrection

Most people in America believe in heaven.  A recent study by Ligonier ministries that was reported by my friend, Bob Smietana and LifeWay research stated that in a survey of 3,000 Americans, 67% agreed that Heaven is a real place.

If a similar survey had been taken in the first few centuries of the church the questions would have been worded a little differently.  Most scholars agree that the early church clearly was anticipating both the physical return of Jesus Christ and the resurrection of the saints.  These two events in the eyes of these early Christians were not only closely linked but also likely at any moment.

The writings of the Apostle Paul, the Revelation of Jesus Christ written by St. John and the gospel accounts include much detail on the resurrection including the order of the resurrection and the events preceding it.

Based on the teachings we find in the New Testament on the resurrection, it is apparent that the early church did not spend much time contemplating the intermediate state of ‘heaven’ but were waiting for the return of Christ and the resurrection.   Like the Apostles, most early Christians expected that Jesus would return soon and the hope was that the departed saints would be resurrected.

The Apostle Paul addresses this issue in his letter to the Thessalonians 4:14-16

For if we believe that Jesus died and rose again, even so God will bring with Him those who have fallen asleep in Jesus. For this we say to you by the word of the Lord, that we who are alive and remain until the coming of the Lord, will not precede those who have fallen asleep. For the Lord Himself will descend from heaven with a shout, with the voice of the archangel and with the trumpet of God, and the dead in Christ will rise first.

Of the two Jewish religious groups at the time of Jesus, the Sadducees, who were the powerful ruling party, did not believe in the resurrection and tried to trip Jesus up in their question about the seven brothers. Jesus not only showed them how they were wrong but also gave some information on how in the resurrection people would neither marry or be given in marriage but be like the angels. (Mark 12:18-27).

Like the early Christians, we need to again embrace the wealth of scriptural teachings on the resurrection.  This is the true hope of the believer.  While Christians have been waiting for almost 2,000 years for the return of Jesus, we are closer today than ever before. Many look at the events in Jerusalem and around the world including signs in the sky as an indication that the time is near.  For the believer, the promise of Jesus that he was going to return should be more than sufficient.

I believe that the teaching of the resurrection was emphasized in the early church to clearly show the victory that Christ had over the finality of death in His resurrection.  If Jesus was just “heaven-bound” it would be not much different than the testimony we give about our departed grandmothers and grandfathers.    It is also in the teaching of the resurrection that the prophecy of Jesus as the coming King, the restoration of Israel, the wrath of God on the ungodly, the new heavens and the new earth all come into focus and bring clarity and hope to those of us alive today. 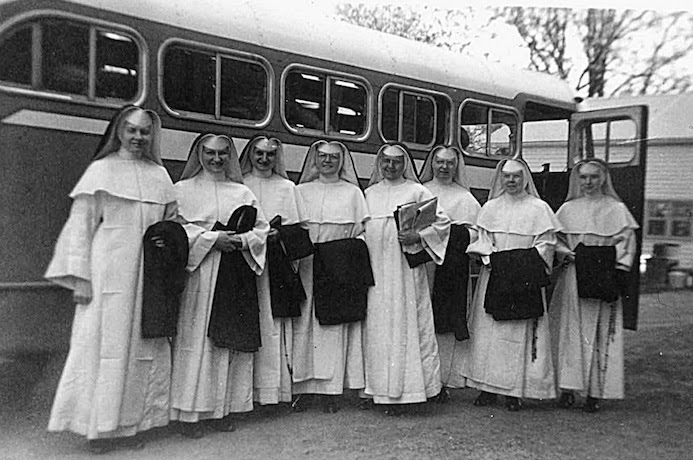 Perhaps you have heard this: “You have fallen away!” Or perhaps, “What are we going to tell the family?” These are the comments people hear when they are no longer attending the Catholic Church. People who grew up Catholic and stopped attending can attest that the saying “once a Catholic, always a Catholic” has been likely used and probably abused.
For a time in my life, I heard those words. I was brought up in a Catholic family and educated in a Catholic school, and I embraced Catholicism as an adult. However, soon after we were married and had our children, my wife and I started attending a non-denominational church. My mom and dad as well as many in my family questioned our newfound faith and the reason why we were seemingly abandoning our religion.
From my perspective my wife and I hadn’t converted or abandoned anything; we were actually embracing our faith and growing closer to God. To us, moving from one location on Sunday to another wasn’t about converting to another faith but reaffirming what we knew to be true.
In the beginning I had more passion and enthusiasm than common sense. I was insensitive, rude, argumentative, and no fun to have at a party. My wife was much more pleasant. She didn’t like arguments and was a natural peacemaker. In time God was able to smooth out some of these rough edges in my life, and my family eventually forgave me. Surprisingly, and over time, they started to see, through my gentler and humbler self, that my faith in and love for God were real. I’ve found this approach to be better when we want to share the Gospel. St. Francis of Assisi once said, “Preach the Gospel at all times, and if necessary use words.”i
Over the years I’ve had the opportunity to read and grow and have taken some classes in theology, the Bible, and history. I’ve learned a lot about my Catholic heritage. Had I known then what I know now, I would have had better answers to people who asked about me falling away or abandoning my religion. To me Catholicism was a great inheritance, and it was in the Catholic Church that I came to believe the essential truths I continue to believe today. The faith, the history, the traditions, and even the doctrines contributed greatly to who I am.

From an excerpt from the book, "Roaming Catholics: ending the wandering to embrace the wonder" by the author.  Available at Amazon

The world needs the real Jesus. All too often religion masks the real Jesus in customs, traditions, and bureaucratic institutions that care more about the perpetuation of their own organizations than advancing the good news of the Gospel and making disciples of Jesus.

We should not ground our faith in our denominations, our traditions, or our culture but in the life, death, and resurrection of Jesus Christ. It was early in the development of the church that we saw these schisms, divisions, and dissensions beginning to form. The apostle Paul, writing from Ephesus, a city in present-day Turkey, around AD 55 or 56, addressed the “jealousy and quarreling” (1 Cor. 3:3) in the church in Corinth:

For when one says, “I follow Paul,” and another, “I follow Apollos,” are you not mere human beings? What, after all, is Apollos? And what is Paul? Only servants, through whom you came to believe—as the Lord has assigned to each his task. I planted the seed, Apollos watered it, but God has been making it grow. (1 Cor. 3:4–6)

I believe it’s not coincidental that one of these early disputes was about the human leaders. Church leaders are never perfect; the only one who ever lived a perfect life was Jesus Christ.
The early apostles were imperfect both before and after Pentecost, when the Holy Spirit came to dwell in their mortal bodies. Jesus had to rebuke the apostles a number of times over His three years with them. New Testament author Luke told the story in the ninth chapter of his Gospel of an argument among the apostles about which of them would be the greatest. A little later, while entering a Samaritan town, the apostles asked Jesus if they should “call fire down from heaven to destroy them [the village].” Jesus rebuked them.
The apostle Paul referred to the church as the “Body of Christ.” Not once did he refer to it as the “Body of Christians.” He taught that there was no longer Jew or Greek, slave or free, male or female, but all were one in Christ. (Gal 3:28)  It’s time we embrace the diversity of the Body of Christ and perhaps we’ll find the real Jesus.

From an excerpt from the book, "Roaming Catholics: ending the wandering to embrace the wonder" by the author. Available at Amazon.com
- March 10, 2015