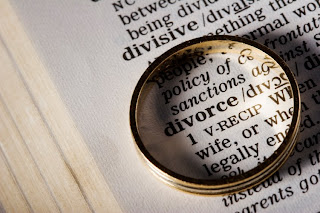 You have likely heard or seen the "divorce statistic" for Christians. It appears that Christians divorce at about the same rate (or possibly higher) than non-Christians. According to Barna research, 11% of the adult population is currently divorced; 25% of adults have had at least one divorce during their lifetime, and divorce rates among conservative Christians were significantly higher (i.e. Baptists 29%, non-denominational 34%) than for other faith groups, and those that identify "no faith" experience.

There have been many that have attempted to explain away this seemingly inconstant factoid for people of faith. They attempt to create a higher sub-culture within Christianity that includes true "Christians" by defining only those born-again Christian couples who marry other born-again Christians, have a church wedding after receiving premarital counseling, and faithfully attend church weekly and pray daily together.
While I have no doubt that Church attendance and Bible Study and pre-marriage conferences all improve the success rate for marriages, I have another suggestion: forgiveness.
When Jesus was asked to clarify His teaching on divorce (Mark 10:2-12), Jesus recounted that it was God's intention that marriage would last forever. He said that Moses provided concessions that included divorce to suit the hardness of man's heart.
Some Christians, including pastors, cling to an "exception" in Matthew 19:9, where Jesus speaks about "adultery". However, this is not an exception to the "forever" of marriage but the ability of the faithful and remaining spouse to be free to remarry. Paul supports this freedom in his teaching as well. Again, I believe that Paul's teaching is on remarriage, not a justification for divorce.

The teaching on forgiveness in the New Testament is very clear. Jesus said we are to forgive 70 times 7; God forgives us so we need to forgive each other. Christianity and the teachings of Jesus are unique in its offer of complete forgiveness. In the plan of salvation, forgiveness is central in the provision in which God completely forgives the sins of everyone who comes to faith and belief in Christ.
All too often Christians are quick to provide a quick remedy to an injured spouse when adultery is involved. And that remedy is divorce.
Forgiveness is always an option. "Let not man separate what God has joined together" (Mark 10:9)
- June 30, 2009

Blessed are the Peacemakers

In the sermon on the mount, Jesus gives us a number of statements beginning with the words, "Blessed are the....." These are often referred to as the Beatitudes which are not only memorable but often considered counter-intuitive, a proposition that seems likely to be not true based on personal understanding or intuition. However, the issue is that our understanding is often flawed and we are better off trusting what God says about a situation.

Take the statement of Jesus that says, "Blessed are the peacemakers, for they will be called sons of God." Matthew 5:9 Now, being a peace maker may have been something that you may have thought involved marching against tyranny or war mongers. Perhaps joining with some “peaceniks” against armies of war and oppression.

I've found however that the work of a peacemaker is actually much more local than global. Introducing peace and communicating understanding is something that is sorely needed in the world in general and in Christian circles in particular. Hardly a day passes that I don’t receive an email, message or text that encourages me to stand up against something, or someone that somebody feels duty-bound to fight.

There is an endless parade of issues, political struggles and competitive viewpoints that well-meaning Christians feel compelled to rally an army of souls to call in, stand-up and vote against.

When as a church are we going to be defined by not what we are against, but simply as "Sons of God"? Perhaps, it will be when we seek to avoid hostility, and find opportunities to bring tranquility and sanity into what others see as a chaotic and intimidating world.

Christians have been very actively politically in the United States for over twenty years, casting votes for politicians and actively supporting various causes, some good, some misguided. It is time we become peacemakers and simply become known as "Sons of God" 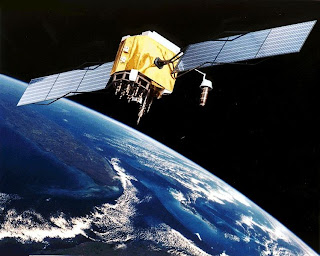 Recently, I was asked to comment on LifeChurch.tv and our satellite campuses. It seems like there are still a number of people that want to stay away from using technology or are a little nervous about some of the implications.

One of the observations I can make is that many Christians and their churches and educational institutions seem to be a "little late to the party" when it comes to technology. Maybe it goes all the way back to the challenge and struggle the Catholic church had with science back in the middle ages.
I've been teaching at the under and post-graduate level for years and have observed that most of the professors and institutions hesitate to fully embrace “technology-assisted” education (what commonly has been called "distance" and "on-line"). They have many reasons for their hesitancy but typically I find that they are just slow at embracing change…painfully slow.
While there may be some good arguments for their resistance, the bottom line for me is that many people learn very well via independent study. In addition, the quality of video and audio presentations available via technology-assisted programs is actually quite good. I can take notes while I watch, stop the DVD, back it up, play it again. All too often, I’ve known instructors and professors who talk to the chalk board and bore their students to death, but have tenure to ensure their continued employment. Someone please tell me why in 2009, so many professors are still adverse to using technology even in the traditional classroom. Recently, while teaching at a Christian college, I was one of the few that were using a website for my students featuring on-line quizzes and other study aids despite the fact that all of the text books included and recommended these tools for the students.
Finally, when it comes to satellite sermons, I want to think not too highly of myself and call to mind that we have many Biblical and contemporary examples of how God has used His word to completely transform a person’s life. Just the Word…no instructor, pastor or preacher.
- June 02, 2009