Commitment to the Cause 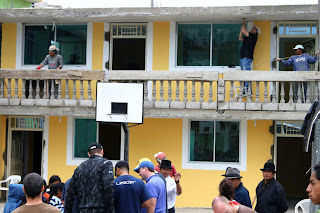 My background is in business and industry. As a result, I’ve been also a student of leadership and how a manager may be able to motivate and encourage the workforce in order to gain commitment to an organization.

Now as a pastor, I continue to be a student of leadership but more importantly, my task and continuing challenge is to help people understand and commit to the Cause of Christ. While the process and some of the methods are similar, the cause is not, as our passion and focus is on Jesus Christ and the Kingdom of God.

Pastor Craig recently reminded us of the “Three levels of Commitment” for those that are church-goers. Possibly many of the people here at LifeChurch.tv, or one of the other churches in one of the suburbs of Nashville, Tennessee can relate to their position in one of these three levels of commitment.

Craig said that those in the first level of commitment "believe in the gospel enough to benefit from it." They're happy to be involved in the church when it’s convenient for them. They may have children that like the kids’ area and they attend because they like the music and some of the people.

The second level includes the people that “believe in the gospel of Jesus Christ enough to contribute to a point that is comfortable." These are church goers who will contribute a modest of amount of money and may volunteer but only around their schedules and nothing sacrificial. As long as church doesn’t interfere in their lifestyle, you can count on them.

Ultimately, the third level of commitment is for those who "believe in the gospel enough to sacrifice their lives for it." They understand that the local church is literally the hope of the world as it provides the good news of the gospel, the opportunity for life change and access to God through Jesus Christ.

If you are ready for level three, you can say with me and the countless others that have come before us that “our lives are not our own, we belong to Jesus.” Through us, God can doimmeasurably more than all we ask or imagine, according to his power that is at work within us(Eph. 3:20).

Email ThisBlogThis!Share to TwitterShare to FacebookShare to Pinterest
Labels: faith

Can This Marriage Be Saved? 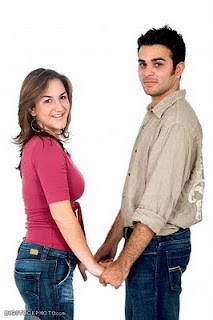 That title was a frequent and popular article in the monthly Ladies Home Journal. I'm not even a casual reader of that magazine but the title question is a good one for all of our marriages: "Can this marriage be saved?"

This week, through Valentine's Day, is National Marriage Week. The over-riding theme of the week is strengthening both existing marriages and reversing the decline in marriage among adults. The reversal is necessary as research has shown that while 78% of adults were married in 1970, only 57% were married in 2008. As a result, 40% of all children in America are now born out of wedlock.

The bottom-line is that marriage works on a number of fronts. According to The Case for Marriage: Why Married People Are Happier, Healthier And Better Off Financially by Linda Waite and Maggie Gallagher, (Doubleday, 2000) the statistics are heavy in favor of marriage.

Research has shown that marriage leads to a longer and healthier life. Both married men and women are less likely than singles to suffer from long-term chronic illness or disabilities. On average, married men live significantly longer than single men (although the old line is that it really isn't 'longer' it just 'seems longer' :-)

The biggest statistical difference is actually with regard to personal or family wealth. Married couples in their 50's and 60's have an average net worth of just over $132,000 while those single or divorced had less than $35,000. Considering two people vs. one that improvement from being married is 88%.

At retirement, the difference is even greater with married couples entering into retirement years with a net worth of $410,000 vs. $167,000 for never married and $154,000 for those that have been divorced.

Ultimately however, it's really the children that have the most to lose if we fail to save marriages. Children growing up in a single parent home are more likely to live in poverty as studies have shown that 57% percent of the children in single parent families live below the poverty line vs. only 6.3% of children in two-parent families, most of which are married. These children also have trouble with school, tend to get in trouble more often, have higher risk of health problems and are at greater risk of suffering emotional, physical or sexual abuse.

Marriage works and your marriage can work as well. If you are looking for help in your marriage, see you local pastor and check out the many resources available for a marriage based on biblical principles that will last forever.