WHY A NON-DENOMINATIONAL EVANGELICAL CHURCH? 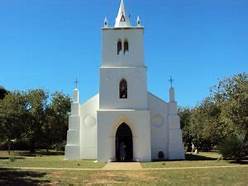 Our small Christian non-profit ministry recently requested and received approval from the IRS to be re-classified as a ‘church’.
As our primary ministry is hosting two church services weekly, serving as pastor and chaplain to the residents of a large assisted living facility and promoting discipleship through weekly Bible studies, it seemed appropriate.
As a church our core beliefs and passions led us to align ourselves as an independent “non-denominational" evangelical church.
While there is a great amount of diversity and variety among non-denominational churches—the one likely commonality is they all are embracing a growing trend to not be connected to a denominational structure and stubbornly refuse to be identified by denominational criteria.
My personal stubbornness lies in what I call an aversion to ‘isms.’   ‘Isms’ are an expansion of what likely started as a stated doctrinal belief hopefully based on a Biblical teaching.   However, in time, the ‘ism’ at the end of the name of the doctrine or teaching creates divisions into different, competing and often hostile opposing groups.   While, many of these teachings and beliefs are doctrinally sound, they tend to unnecessarily divide us when Christ and the New Testament is clear that unity of the Body of Christ is the objective.
Beyond just being stubborn, there are two primary reasons why churches like ours are independent and non-denominational—these reasons are organizational and theological.
1.  Organizational

Denominations tend to become bureaucratic and inwardly focused.  They typically have shown an inability to remain focused on the original vision that created the movement’s vitality.  All too often, the established and traditional methods become more important than the results that are to be achieved.   Methods are a poor substitute for being a part of the true vine that Jesus followers are to cling to.    While there are benefits in tradition, tradition can quickly lead to inflexibility, and the larger the organizational and associated requirements become the greater the opportunity for organizational dysfunction and misdirection.
Many denominational churches have moved to become independent by disconnecting themselves from their denominational underpinnings.   Often, this is accomplished by a simple name change, taking on a generic name that in appearance drops or greatly reduces the denominational baggage.   By maintaining a connection to the denomination, these local churches may find that they can maintain some of the benefits of cooperation and theological training while embracing some of the non-traditional worship, culture and language of the independent churches.
According to Pew Forum research, most of the largest denominations in the United States reported a decline in membership.
Interestingly, this same study also found that while Protestants in general saw their share of the US population fall since 2007 (decline of 4.7% from 2007 to 2014), and Catholics also lost approximately 3.1% of their share of the population,  the nondenominational share of the US population grew from 4.5% to 6.2% during the same period.
Declaring a church to be non-denominational by itself doesn’t eliminate the inherent challenges and predictable decline of centralized denominations.  However, when combined with a focus on the primary doctrines of the faith as discussed below, many evangelical, non-denominational churches have thrived and pushed against the trend.
2.  Theological

Non-denominational does not mean undecided or not orthodox in belief.  The vast majority of independent non-denominational churches are also clearly evangelical.  This indicates while non-denominational, there is a common distinctiveness of doctrine.    While there are many that prefer to define evangelicals based on style, political opinions, or by denomination, the NAE (National Association of Evangelicals) states that “Evangelicals take the Bible seriously and believe in Jesus Christ as Savior and Lord. The term “evangelical” comes from the Greek word euangelion, meaning “the good news” or the “gospel.” Thus, the evangelical faith focuses on the “good news” of salvation brought to sinners by Jesus Christ.”

Further, according also to the NAE, many evangelicals choose to not use the word ‘evangelical’ in describing themselves, focusing rather on their core theological beliefs: The faithfulness and authority of the Bible, salvation by grace through faith, the need for a personal relationship with God through Jesus and his death and resurrection, their involvement in evangelism, the desire for discipleship and fellowship and the ultimate return of Jesus Christ.

One of the strengths of the non-denominational, evangelical church is the simplicity of their doctrines.   There is rarely any complex terminology or exhaustive theological explanations but typically a simple reference to a few verses in the Bible.  It can be said that the non-denominational, evangelical church typically majors on the major doctrines of the church and minors on the minors.   For example, the word sacrament can be used to describe their regular communion and baptism rituals without the people becoming ‘sacramentalists.’   The Bible is considered to be faithful in origin as well as transmission without an insistence of any particular translation or edition.  Church services can be rather prescribed or sometimes unpredictable without causing a major breach of an historic ecclesiastical calendar.

As a result, the local pastor is able to build a church that focuses on the primary truths of the Bible, preach the Gospel with clarity and remain in unity with other churches in the community that are considered to all be part of the same Body of Christ.
Ultimately, each non-denominational evangelical church will need to grapple with the same issues that the denominational churches have had difficulties with over the years: divorce and remarriage, church governance, church discipline, the roles of women and men in leadership, etc.    The advantage however for these newer non-denominational churches is that they can make even poor decisions without saddling other independent churches with a mandate to go and do likewise.