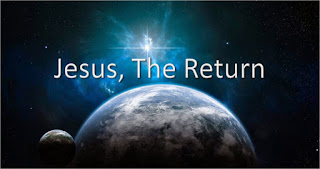 Many are familiar with the verse in John 14:1, “Let not your hearts be troubled.”

The context of the verse is one of Jesus’ final discussions with his disciples. In the previous chapter Jesus had told them that He was going away.  In fact, had the disciples been paying attention, they would have heard Him say very clearly, “The Son of Man is going to be delivered into the hands of men. They will kill him, and after three days he will rise." (Mark 9:31)

However, their being troubled was not merely that Jesus was going away. At the very heart of their being “troubled” was the great unknown of life after death.

The idea of a resurrection was debated among the Jewish people and leaders. The Jewish rulers and teachers themselves were divided in whether there was a resurrection.

If you recall, there were two groups of teachers.  The Sadducees and the Pharisees.  During the time of Christ and the New Testament era, the Sadducees were aristocrats. They tended to be wealthy and held powerful positions, including that of chief priests and high priest, and they held the majority of the 70 seats of the ruling council called the Sanhedrin. The Pharisees were an open class, a common man, properly educated and following 613 laws could hope some day to become a Pharisee.  While they were often the target of criticism by Jesus because of their legalism, they did believe in the literal resurrection of the dead.

Jesus very clearly tells them why they should not be troubled.  Let’s look at the following verses:

Let not your hearts be troubled. Believe in God; believe also in me. In my Father’s house are many rooms. If it were not so, would I have told you that I go to prepare a place for you? And if I go and prepare a place for you, I will come again and will take you to myself, that where I am you may be also.  (John 14:1-3)

These verses are often used at funerals and memorial services.  They indeed give us hope and a promise of being with Jesus, of being in heaven.

Notice that Jesus says that Father God has a house with rooms for us.  This is God’s house, not His hotel. He is basically saying that we are His children and we will live with him in his house. Also, Jesus says there is a place for us.  We don’t have to worry, God never runs out of room.

1) Sin needed to be atoned for!  The wrath of God, the condemnation, the curse of God, was still unsatisfied.  At that time, Jesus was about to become a curse for us (Galatians 3:13) and bear our condemnation (Romans 8:3) and became the acceptable and perfect sacrifice for sin (1 John 2:2)

2)  Death needed to be defeated!  Jesus was about to be the first fruit, the first resurrected from the dead (note that Lazarus was brought back to life but still had his mortal body).

If your heart is ever troubled the last verse is the most important.  Jesus says, “I will come again and will take you to myself, that where I am you may be also. (John 4:3).

Jesus didn’t just teach about heaven, Jesus taught the resurrection.  This was the belief of the Pharisees, of Jesus and the early church.  All too often, we act more like we believe as the Sadducees.  While heaven is very popular, the teaching of Jesus returning for us and the belief in a literal resurrection is not.
Remember the conversation between Jesus and Martha when Lazarus had died?

The early church believed firmly in the resurrection.  It is a part of the Nicene, Apostles and Athanasian Creeds.  (i.e.“At whose coming all men will rise again with their bodies”)
It is in this context that Jesus returns for his followers, those that had died and those that remain.   He returns, that which was mortal becomes immortal and Jesus shows us the way home.