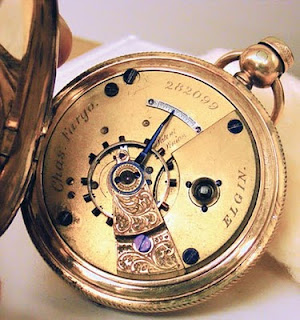 Have you ever had the opportunity to join a ministry or a church and realized immediately that it is just a great fit? You immediately identify with the mission, you connect with the people and enthusiastically embrace their passions.

There is a reason for this I believe and it's not about your background, your education or experience but it's all about Christ.

In Ephesians 2:10, the Apostle Paul says, "For we are His workmanship, created in Christ Jesus for good works, which God prepared beforehand that we should walk in them."

This is a great verse as the word "workmanship" is a cool word. The specific Greek word is used only twice by Paul, here and in Romans 1:20. It is the word "poiema”, which is where we get the word “Poem” in English. Strong’s says that the actual meaning of this word is “To make a thing out of something." Like a modern day psalmist would take a few common words and make something new, perhaps a powerful song to use in worship.

Paul could have used a different Greek word. The other word for this creative act that is used many more times by Paul in the NT is the Greek word, “ktizo”. And get this….this word, according to Strong's is “to make a thing out of nothing." Like when God created Adam or God created the universe.

You however are God’s workmanship; you were made by God for the work you do. God however, didn’t start with nothing, he started with you! Your talents, ambitions, personality, quirky behaviors, successes and failures. It all goes in to the pot, gets stirred up by God and out comes your ministry.

If you are in ministry, you are here in the Kingdom of God for a purpose. A purpose that he planned for you to walk, a work that you uniquely would do with Him. God comes alongside us, takes all of our natural talents and even the nasty stuff as well and creates a new work, His workmanship. Together we belong; we have work to do that God has planned for us. It’s Kingdom work. 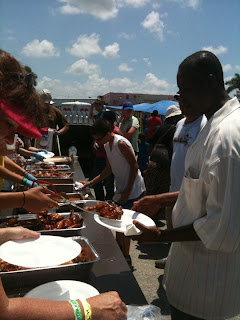 If you have been around church long enough, you've heard about servant leadership. The originator was none other than Jesus Christ. He was the one that was a born leader and the way that He led was through serving.
Jesus led twelve, very ordinary but very chosen men. He showed them what it was like to lead and to serve. One time, "Sitting down, Jesus called the Twelve and said, "If anyone wants to be first, he must be the very last, and the servant of all." (Mark 9:35)

While many have talked about servant leadership and I've taught the concept myself, only recently have I started to few truly understand the real meaning. I have come to believe that the key to servant leadership can be summed up in just one word, "sacrifice".

Servant leadership therefore is all about serving people with the key being the willingness on the part of the leader to fully sacrifice himself or herself for the benefit of those that he or she is leading.

Our jobs may be nine to five but a servant leader is always available, always in tune and aware of the needs and the welfare of those that he or she is serving. Just as Jesus joyfully set aside His own deity, His divine rights and privileges in order to fulfill the mission, we too have a mission and need to set aside our own rights and privileges in order to serve others and lead them to where they must go.

As a result, there are few that can really be called servant-leaders. This is understandable as our passions, our priorities and our purposes vary. There are seasons of life when we are called in many different directions. During these times, we may put on our leadership "hat" and do a great job of leading and helping people achieve both their goals and the goals of the organization. However, the servant leader doesn't take the leadership hat off. Servant leaders are constantly leading because they are constantly serving. It's a good work!

“Being confident of this very thing, that He who has begun a good work in you will complete it until the day of Jesus Christ…” Philippians 1:6"
- August 06, 2010 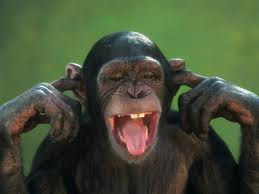 One of the lost arts in leadership is the simple art of listening. It has been said that we have two ears but only one mouth so we can hear twice as much as we say. Unfortunately, I was one of those individuals that had this insatiable need to fill in the silence in many meeting with my own words and my own thoughts.

In the business world, management style started changing dramatically more than 30 years ago. Some of the best business schools were encouraging a proven concept known as MBO or “Management-by-Objectives.” The key of this management practice was management sitting down with each employee and actually listening to them. The theory was that if both the team leader and the team members agreed on objectives, the resources and the goals, there would be enough buy-in from everyone to get the task accomplished.

Management and leadership styles in the churches have improved but in many ways continue to lag far behind what some of the best secular organizations have embraced. All too often, our church leaders feel that they need to be the ones that communicate in order to lead and that means that silence actually makes them feel rather insecure.

I’ve spent some time in other cultures and this isn’t necessarily true globally. I’ve noticed that often the senior Japanese executives, for example, are mostly silent. Nodding their ascent from time to time these Japanese leaders allow others to speak while they merely listen.

However, in the U.S., our senior managers are the talkative ones. This is unfortunate as often what we as leaders need to be saying are not so much declarative sentences but simple questions. Questions like, “how can I help?” “How are you doing on the project?” “Do you have the resources you need to accomplish your objective?” and “How is the rest of the team responding to your needs?”

While we understand in the church that we need to work as a team, all too often the most verbal of our team members are the team leaders. This often defeats the very objectives of the team which are shared responsibility, commitment, cooperation and accountability.

If we can check ourselves and allow others to speak or better yet, when speaking ask clarifying questions, others will tell you how, as a leader, you can become the most helpful. With enough practice we can regain the lost art of listening and become better leaders.

In the Bible, we are advised to listen to one another. James, the Lord’s brother emphasizes that listening is at least twice as good as talking when he says that we are to be “quick to listen and slow to speak.” (James 1:19). Jesus also comments on our ability to listen. In Luke 10, we have the story of Martha and Mary. Luke says that “Martha was distracted by all the preparations that had to be made” but that Mary sat at the Lord’s feet listening to what he had to say.