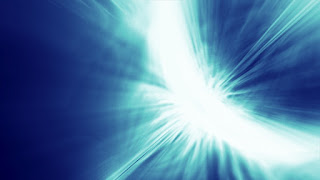 I was recently counseling a couple that had lost a loved one and as I was talking with them about the memorial service it became apparent that their view of Heaven was not Biblical.

There had been some Jehovah’s Witnesses (JW) influence in the family, which was unfortunate.  Unfortunate for this couple was now a little unsure about the Biblical teaching of Heaven.  This JW religion that they had been exposed to is one of the more harmful cults competing with Biblical christianity.  Jehovah's Witnesses appear and even claim to be Christian but are spiritually bankrupt.  In many ways they are the poster child for 2 Timothy 3:5, “having a form of godliness but denying its power”.  Paul finishes this verse in his letter to Timothy with good advice with respect to our dealings with those that adhere to Jehovah’s Witnesses teaching, “Have nothing to do with them!”

I believe that our belief in and about heaven has an impact in and how we live our life on earth.

For example, how are we to deal with trials and suffering?  The Apostle Paul said, "For momentary, light affliction is producing in us an eternal weight of glory far beyond all comparison" (2 Cor. 4:17).

In essence the Apostle tells us that the knowledge of the glory of heaven provides a remedy to the trials of life.   Rather than grieving like the unbeliever over loss of property, relationships and life itself, we are to encourage one another.   We are to believe and act on the belief that there will be a time when the Lord Himself will bring in a grand finale that will usher in a time of being together with the Lord and our loved ones and those that have gone on before us.

Finally and in direct contrast to the teachings of the JWs, when we leave our bodies, when we die, we are immediately present with the Lord.   Paul was torn between two realities.  If he died, he would be with Christ (immediately, not after some undetermined time of soul sleep) which would be “better by far” (Phil. 1:23) or he could remain in his body and be of good use to those in his flock.

Understanding the reality of heaven and a faith and forever being with the Lord will change both our attitude about and our appetite for the things of this world.
- July 22, 2012 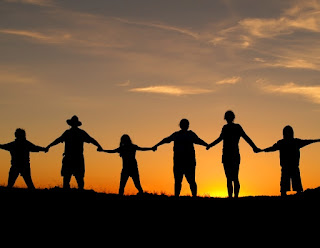 Both Jesus and the Apostle Paul spoke often of unity.   Jesus prayed, “that all of them may be one, Father, just as you are in me and I am in you. May they also be in us so that the world may believe that you have sent me." (John 17:21)

Unfortunately, for over 14 centuries, the way that unity was expressed in the church was not in a oneness of heart but a fierce enforcement of the same teaching.   This was most unfortunate because the sword often enforced this type of unity.  You were either ‘in-step’ with the teachings of the church or you were killed.

At the beginning the 4th Century, Christians went from being under horrible persecution to seeing in 380 AD, by a decree of the Roman Emperor the Catholic church become the official and only sanctioned religion of the Roman Emperor.   Looking back, the earlier persecution was probably better; fewer believers were killed and their love for each other was stronger.

While things have changed, we in the church haven't always understood what unity was truly about. However, more and more we are seeing it. Today, we know that people are more likely to be attracted to the church because of how we act out or exemplify our love for people and the Gospel than what version of the Bible we read.  Non-essential matters like the type of music used in worship or whether we believe in a pre, mid or post-tripulation of the church or our definition of election are best left to the theologians rather than something we put on our calling card or our church vision statement.

The Apostle Paul said in his Letter to the Colossians (Col 3:14) that love is the perfect bond of unity.  If we love deeply enough we will work together and not be so concerned about issues that tend to divide.