Memorial Day: One life at a time

This weekend is a holiday. The traditional three-day weekend which announces the beginning of summer. In particular, it is also Memorial Day weekend and it's very fitting that we pause for just a moment, especially with our nation at war, to remember our heroes. I suggest we try to remember them one life at a time.
If you listen to any of the news reports this weekend, it's likely that you may be reminded of the literally thousands that have fallen in our nation's wars. At the same time, the numbers (while important) sometime discount the opportunity to understand that these are individuals who have given their all. Often for a cause that at the time was at misunderstood or maligned. Yet, these brave men and women served, took up the challenge and many died.
Freedom is won, one truth at a time and one life at a time. These wars have been fought because ultimately there are many things worth dying for. Typically fighting for people that were helpless, unable to fight and find victory for themselves.
Fighting for those who can't fight or help themselves is actually quite analogous to what Christ did for us on Calvary. Romans 5:6 says, "For while we were still helpless, at the right time Christ died for the ungodly."
Those of us that have come to understand the truth of this verse in Romans have come to understand that this victory that has been won for us is personal and individual. It comes from Christ, one life at a time.
This is Memorial Day weekend so let's remember each of these lives, one life at a time. There were thousands, and each one individually made a difference:

Memorial Day: One life at a time. Our victory, One Life for all time.

Irony, you are the Big Three 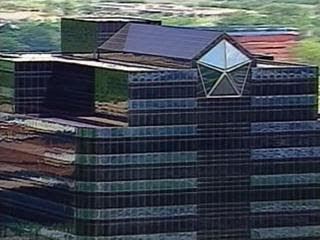 As a former auto guy, I read with some interest and with more than a little bit of irony that the announcement that the now infamous Daimler-Chrysler merger back in 1998 has been undone. Back when it was announced, the world press heralded it as a harbinger of the future globalization of not only the auto industry but all of the world economy.

I didn't see it that way back in 1998 and it looks like perhaps that opinion was correct.

The new Daimler-Chrysler (back in 1998) was to be a cost-efficient automobile behemoth with over 500,000 employees and annual revenue of $140 billion. The new company, at that time, would be the fifth largest automobile producer and the efficiency gained by the combination of these to entities was to be a competitive advantage that would "challenge GM, Ford and Toyota". The Chrysler Chairman at the time, Robert J. Eaton, said that that the World class products and brands (would) complement each other, and Daimler-Benz Chairman Juergen E. Schrempp, said that the two companies would be a "Perfect fit of two market leaders for further global growth"

So much for the predictions of two very over-paid people.

Today, if you read the fine print you'll find that the German executives of Daimler had to pay the American Cerberus Capital Management company over $1 billion to take the now-failing Chrysler Division off their hands.

They paid $38 BILLION for this company in 1998 which is less than ten years ago and now have to pay another BILLION to get rid of the thing.

Now, what is the point? Why mention this in this Blog?

Simple: All that is said to be "new and improved" isn't. Just because people that run very large organizations say something is "good" doesn't mean it is.

I've found that truth in the statement that often the simple can confound the wise. The Bible says that God has chosen the foolish things of this world to shame the wise, the weak things to shame the strong (1 Corinthians 1:27-28).
Big isn't always, "better" and new isn't always "improved". The strength of Chrysler was their brand image and economies of scale. Automobile companies do well when they focus on the basics, build good cars and keep their costs down.
If you excuse the simple comparison, Churches and other ministries can sometimes get caught up in the "bigger is better" view of reality. While bigger can be better, it is also sometimes less personal and less effective. Smaller ministries are often much more focused on a specific purpose and much more effective in getting the job done.
Recently, I've met some people that are pretty single-focused. God has given them a vision of how they can be helpful in some very small way that makes a difference in His kingdom. These people may not be running large organizations or be people of note, unlikely to be included in biographies of "movers and shakers".

At the same time they are both individually and collectively making a difference in real lives and as a result, we are all better because of their work and ministry.

Just another example of the simple confounding the wise.
- May 18, 2007