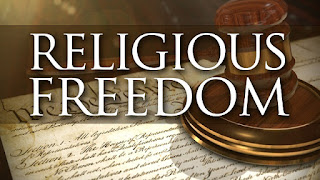 It was interesting but perhaps not surprising to see Cocoa-Cola, Disney, the NFL and the NCAA quickly huddle and threaten to boycott Georgia if the Governor signed the Religious Freedom Bill.  The Governor caved to the pressure and vetoed the Bill.

This is just the latest and certain to be not the last time that the new definitions of tolerance, fairness, equality and inclusiveness trumps what many to believe are constitutionally protected rights in our Constitution.

Cultural wars have been discussed academically and sometimes even rationally for years but the present impact of cultural change in America is profound.  Few savvy political sages and seers would have guessed as little as five years ago that the Supreme Court of the United States would rule this past June 5-4 that the Constitution requires that same-sex couples be allowed to marry.

The question for many theologically and culturally conservative individuals and organizations is, "What's next?"

The answer is obvious: The culture is not just changing but with the change, the actual definitions of moral truth, integrity, respect and values have been redefined.   Those that embrace the LGBT agenda out of being non-discriminatory don't care if their agenda tramples over the rights of the majority of American citizens.   Political correctness now trumps not only freedom of speech but also parental rights.   Tolerance has been completely redefined as only benefiting those who feel the most offended by traditional or conservative moral values.

Like the sexual revolution of the 1960's and 1970's, some witnessed, some participated, and some even won individual battles; but it's obvious now in retrospect that we lost that war.

Rome, People of the Cross, and the Crusaders 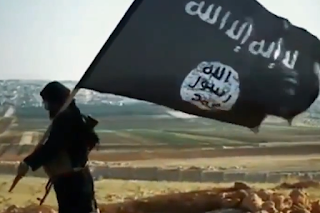 Recently, I taught a college-level class called "The Story" that reviewed 2,000 years of church history to a very bright group of adults.

It was the last class of nearly an 18-month journey that included classes on the Bible, leadership and ministry.  It was a favorite class of many of the students and we tried to not just inform but to challenge as well.

My co-instructor and I enjoyed teaching this Church history class, particularly with the fast pace that we had to journey through the early church, the rise of monasticism, the Middle Ages and Reformation.  In addition, each year we also spent some time on the various Crusades from the 11th to the 15th century.

The Crusades don't have the best reputation, likely deservedly.   At the same time, we tried to be faithful to tell the whole story including the rapid expansion of Islam beginning with their prophet Mohammed. Soon after the death of Muhammad in 632 AD, there were many military expeditions and a more aggressive posture interpreting the Jihad of Islam to be necessary.    Islam very quickly acquired territory militarily from Arabia into Egypt, the Middle East, all of North Africa and into the heart of Europe.

Regardless of the endless criticisms of the Crusades and/or the defense of the 'peaceful rule' of Islam the fact remains that by the time of the first Crusade in 1095 AD, Christianity had become strictly a European faith as three-quarters of what had been Christian territory in Arabia, Iran, Iraq, Syria, North Africa and Hellenized Byzantium (Modern Turkey) had been wiped out by Islam.

Most scholars agree that other than the First Crusade, the remaining Crusades were largely unsuccessful.  Nearly all scholars forget to mention that Christianity had been fighting and losing a defensive war against Islam for more than 450 years.  Islamic Caliphates controlled more territory than Rome at its greatest expansion and the last and largest caliphate of Islam, the Ottoman Empire, wasn't dissolved until after World War I.

The most important lesson however is that this history lesson is still fresh in the minds of ISIS, the Taliban, Al-Qaeda, Boko Haram and others of the same mind.   Note that the propaganda announcements by these groups often refer to vengeance against "Rome", "People of the Cross", and the "Crusaders."

When Islamic radicals use these terms they are meant to be broad.   It's meant as a reference to the entire West.  In addition, it includes People of the Cross wherever they may be found leading to the brutal persecutions of Christians in Egypt, Pakistan, Iraq, Iran and Indonesia.   Jews are not forgotten in Islamic radicals hatred and persecution and are often singled out and murdered.

While scholars and historians may argue about the means of the expansion of Islam from the 7th through the 14th centuries, we are presently seeing the cruelest resurrection of Islamic barbarism.  This is truly the "Clash of Civilizations" framed by political scientist Samuel Huntington back in 1992.   It is also the worst representation of a religion that appears to be hijacked by those committed to evil and fueled by ill-informed ancient memories of religious wars best forgotten.

The seven-day period from Palm Sunday to Easter Sunday, for centuries has been the Christian ‘Holy Week.’  While the traditions added over the centuries were full of symbolism, the allegory included in the palms, processions, prayers, pageantry and programs all point to the stark reality of the coming of Jesus.

The coming of Jesus into Jerusalem on what we now know as ‘Palm Sunday’ is one of the unique events recorded in all four Gospels: Matthew, Mark, Luke and John.  The reason is because it is a pivotal event that clearly illustrated the Jesus was the fulfillment of the prophecies of the coming King and Messiah.   For three years, Jesus had been preaching, teaching and healing throughout Judea and into Samaria.  Many had come to believe that he was the Messiah however just as many had their doubts.

The prophecies in the scriptures are much more clearly understood in hindsight.   Jesus rode into Jerusalem on that first Palm Sunday on a donkey.   A donkey is mentioned in Zechariah 9:9 as the means by which the coming King of Zion comes into Jerusalem.

Rejoice greatly, O daughter of Zion!
Shout aloud, O daughter of Jerusalem!
Behold, your king is coming to you;
righteous and having salvation is he,
humble and mounted on a donkey,
on a colt, the foal of a donkey.
(Zechariah 9:9)

It’s interesting to note that this king comes humbly and on a donkey rather than a horse, a mighty steed.  Most Bible commentators note two important reasons why Jesus rode in on a donkey.  First, a king or ruler coming in peace would often be depicted as riding a donkey.   This was a sign of humility and is used in sacred scripture not only in this passage in Zechariah but also in Genesis 49:10-11 also in reference to the coming King of Judah and in regard to Deborah in Judges 5:10 and King David in 1 Kings 1:38-40

This Jesus however was a mystery to many, a man of contrasts.   Jesus had been hailed as a miracle worker and great teacher and rabbi but now is being hailed as a king.  The streets of Jerusalem seem to be open to receiving a King.   The disciples and others that had met and knew Jesus had been told to be quiet about Him but now are almost encouraged to join in with the crowd to acknowledge Jesus as both Messiah and King.

As I mentioned however, the scriptures are much more clearly understood in hindsight.   Many of the people and undoubtedly the Pharisees and Sadducees knew the next verse in Zechariah.

I will cut off the chariot from Ephraim
and the war horse from Jerusalem;
and the battle bow shall be cut off,
and he shall speak peace to the nations;
his rule shall be from sea to sea,
and from the River to the ends of the earth.
(Zechariah 9:10)

This Jesus to the Jews would be the ruler that would break the chains of the Romans but in contrast Jesus had come to break the chains of sin.    The people of Jerusalem were looking for an earthly ruler but Jesus had come to rule in the hearts and minds of his followers.    The people flock to Jesus putting down palm branches and their cloaks to receive a King who they hope would lead a revolt against the Roman occupiers and restore the kingdom of Israel.   When Jesus was arrested later in the week, these same people would turn against him and cry out, “crucify him”

So secondly, this Jesus, this man of contrasts, will fulfill the 10th verse of Zechariah.   Jesus we now know will come again in glory. When he comes "every eye will see Him."   He will be clothed in a robe, dipped in blood and the armies of heaven will be with Him (Rev. 19:110-16) No one knew there would be this 2,000 year pause between verses nine and ten.   Daniels seventieth week is still to be fulfilled; all of the prophecies of the coming King and the Messianic rule over all of the nations will be fulfilled.

Today, we continue to wait for the coming of the Messiah.  For those of us that are waiting, it is known as the ‘blessed hope’.   Paul writes to Titus regarding this coming, while we wait for the blessed hope--the appearing of the glory of our great God and Savior, Jesus Christ.

Palm Sunday, the beginning of the triumphal reign of Jesus Christ.  Now after 2,000 years, even closer to the ultimate fulfillment of the Kingdom of God.
- March 20, 2016