I'm amazed at how much misinformation is out there. Especially with regard to economics and world trade.

Typically, in economics, we don't talk about "good" or "bad" since those terms are subjective. We talk instead about resulting consequences.

When a business opens, it creates jobs and overall economic expansion. For example, rent is paid to lease the space, advertising is purchased by the business owners, jobs are created and sales tax is generated. People in the area get an additional benefit, they get to purchase goods and services locally that may not have been available before. Or more likely, the goods and service had been available, but now they are at a better price or now available in greater variety or quality.

When a business closes, the encomic consequences are reversed. For example, the property is available for lease or purchase but isn't presently producing economic benefits. Jobs are lost and taxes are reduced. The local news media observes these business closings and reports them with vigor. The front pages will show the loss of jobs and the economic blight left in the wake of closing plants, darkened offices and empty warehouses.

However, as I mentioned before in this web log, we get typically only half of the story.

Companies are expanding and moving internationally all the time, US corporations invest their capital in foreign nations and Foreign corporates invest their capital in the US. But many people overlook the latter, failing to notice the movement of foreign-based companies to U.S. soil and the subsequent creation of jobs for Americans. In short, in the reporting adnausium of failed economic developments and the evils of outsourcing, its counterpart insourcing has been ignored to the extent that a Google search on the word turns up the prompt, "do you mean outsourcing?

The late Walter B. Wriston, former CEO of Citibank and Presidential Medal of Honor winner was a huge champion of democracy, free markets and the power of information. He was unapologetic in his support of capitalism and the opportunities to better our economic condition through private enterprise. He wrote in one of his last columns for the Wall Street Journal in March of 2004 that the "balance of jobs we import from abroad greatly exceeds the jobs we export". 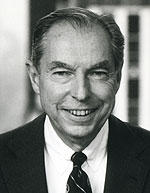 For those of you that know me, I'm very pro-business and pro-trade but this statement that we actually have been adding more jobs through Insourcing than the total number of jobs lost to Outsourcing surprised even me.

The balance of jobs we import from abroad greatly exceeds the jobs we export abroad. Every time a foreign company decides to build a plant or opens an office in the U.S., Americans are put to work to man these facilities. Examples abound. Honda increased its U.S. manufacturing last year by 15%. And it is not only manufacturing that is attracted to our shores, but also intellectual capital. Novartis is moving its huge world-wide research and development operation from Switzerland to Massachusetts. Texas is the beneficiary of a $500 million investment from Samsung to build a new semiconductor plant. In some cases -- described in this paper recently as "the second wave of Nafta" -- Mexico is now able to invest abroad, and that investment is creating "thousands of jobs" for U.S. workers. Many countries with ample capital have poured a steady stream of job-creating investment into the U.S.

One of the sources of information for Mr. Wriston's comments was the Organization for International Investment which keeps track of the number of jobs that are outsourced by other countries to the U.S Interestingly, we are indeed importing many more jobs than we export. The main reason is the overwhelming strength and capacity of the US economy (as well as a relatively low tax rate). Foreign corps understand that the US is a great place to invest capital and tap into a huge consumer market.

The link for the OII and the information on insourcing is http://www.ofii.org/insourcing/ While you can check out some of their claims for yourself, I found it especially interesting that in the often lamented "rust belt", where the outcry against "exporting jobs" is the loudest, data shows that Ohio has imported 212,000 jobs, half in manufacturing; Pennsylvania has attracted 233,000, about 88,000 in manufacturing; and in Michigan some 204,000 jobs have been added with 98,000 in manufacturing. I realize that these numbers are difficult sometimes to confirm and may be skewed however the Democrat Govenor of PA, Ed Rendel put the number of foreign jobs insourced in PA as "about 400,000", significantly higher than the more conservative estimates by the OII.

In total, U.S. subsidiaries of foreign companies employ about 5.5 million Americans and their payroll per worker is about 31% higher than the median for US based companies. In addition, while the loss of manufacturing jobs is especially lamented by the press and the remaining jobs in the US are typically relegated to "hamburger flipper jobs", the largest segment of insourced jobs is in manufacturing, accounting for about 34% of the insourced jobs.
- September 16, 2005 No comments:

The name Passavant is certainly a familiar one to local area residents. There are Passavant hospitals in McCandless and Cranberry Townships, Passavant Retirement Community in Zelienople and Pastor Jay Passavant of North Way Christian Community Church. Yes, he is related to the famous family – as he states, “My great-great grandfather was a Lutheran minister and he founded the hospital and various other institutions. There were no other Lutheran ministers in the family until I came along.” 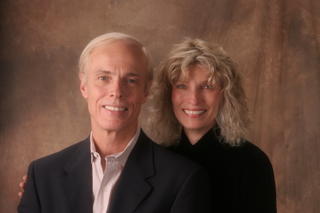 Pastor Jay grew up in Beaver, PA. He attended Washington and Lee University in Virginia where he earned his Bachelors degree in Chemistry. He spent two years in the Marine Corp, and he attended Fuller Theological Seminary in Pasadena, CA, where he received his Masters and Doctorate. He and his wife Carol live in the Gibsonia area. They have three children Amy, David and Jonathan, a son-in-law, also named Jay, and two grandsons, Luke and Jack.

“Carol and I, along with eight other couples founded North Way Christian Community on March 29, 1981. We are very excited that we are fast approaching our 25th anniversary,” Pastor Jay said. The church is located at 12121 Perry Highway in Wexford.

“North Way is a safe and familiar Christian community with biblical values. We are different than other churches because we seek to make a connection with people and their needs. We are a small, interdenominational church with a lot of people,” he added.

There are approximately 3,500 active adult members at North Way and there is something for everyone. There are many different types of groups that meet, such as: men’s and women’s groups, and even groups that focus on demographic stages in life, i.e. college, singles, married couples, as well as children. For those in need, there is a counseling service, which is readily available.

“As a community, we are truly blessed. Our goal is to help people’s lives change through the grace of God, that is what sustains our church,” Pastor Jay said.

In addition to prayer services and support groups, North Way offers recreational fun. Friday evenings in the summer, the church has a Starlite Car Cruise from 6 p.m. to 10 p.m. in the church parking lot; admission is free and it is great fun for the entire family. There is still plenty of time to check out a car cruise, since they will continue until Sept. 30.

Upcoming in mid-October, North Way will be launching a Thursday evening service targeted for young adults. Weekend services are: Saturdays at 6 p.m. and Sundays at 9 a.m. and 11 a.m. For more information on North Way Christian Community, visit the website at www.northway.org. and to find more about their Friday evening Car Cruises visit www.starlitecarcruise.com.