Science and the Bible Part 2 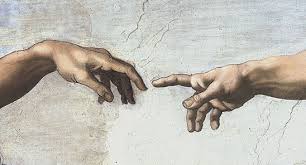 One of the more controversial claims that a Christian can make is that we exist on a ‘young earth’.   This belief is that God created the universe and all life during a literal six-day period described in the first chapter of Genesis.    Science teachers, politicians and even corporate executives that espouse such a belief have been summarily dismissed as religious simpletons and unintellectual.

It's not just the scientists and the atheists that can be critical.   Not surprisingly, many well-known Christians including Evangelical pastors, theologians, heads of well-known seminaries and denominations are some of the biggest critics of what is known as “young earth creationism.”

However, like most science and a large portion of theology, we haven’t heard the last word.   Daily there are new discoveries that can either support or frustrate an argument or defense for young-earth creationism.

As Christians, if we agree that God created the heavens and the earth and look to the Bible as the source of truth, we can find some common ground between the relatively short (i.e. thousands of years) taught by ‘young-earth’ creationists vs. the unusually long (i.e. 4.2 billion years) timeframe that commonly is taught in science textbooks.

The Bible, while obviously not a science text book has been proven to be not only accurate in many scientific areas but has actually declared scientific truth long before it was generally accepted by the science and common understanding of the time.

Here are some examples:

1) The Bible declared that the earth is round (Isaiah 40:22) in 700 BC long before Aristotle was thought to be ‘mad’ by claiming the same thing.

2) Jeremiah 33:22 states that the stars are innumerable, contrary to the common teaching that there were only about 1,100 stars based on what was visible to the naked eye.

3) The Bible also said that each star was unique and different (1 Cor. 15:41) long before telescopes could confirm the endless variety in size, brilliance and temperature.

The Bible and Medicine

Many have taken the Christian and the Bible to task for some medical claims that over the years have actually been proven to be true:
Many of us read the Bible daily for inspiration, guidance and truth.  It is good to know that even in the area of science, we can trust it completely.

Scientists have long believed that there was no scientific evidence supporting a global flood.   Some have claimed to have seen a large object on Mount Ararat and others have shown how the dimensions and instructions given to Noah would have been sufficient to accomplish the task at hand.  However, most scientists continue to be not convinced.

However recent studies in DNA have shed new light on the subject.

Can today's human diversity come from just three couples? – as little as 10 years ago, this was one of the ‘gotcha’ questions regarding the veracity of the Bible.   Evolutionists required hundreds of thousands if not millions of years to explain the diversity of the various races.  However that has all changed with DNA Genome:

·      In humans, each cell normally contains 23 pairs of chromosomes, for a total of 46. Twenty-two of these pairs,  look the same in both males and females. The 23rd pair, the sex chromosomes, differs between males and females.
·      The Human Genome Project was declared complete in April 2003. One of its findings was that all humans have virtually identical DNA. They suggested that this is due to a population bottleneck in our past, where our numbers dwindled so low that we teetered on the brink of extinction.

Genesis states that eight people were on the Ark: Noah and his wife, their three sons and their three wives. So:
·      There should be signs of a population bottleneck in which humanity almost became extinct.
·      Mitochondria are little compartments inside each of our cells which house the components to produce the cell's energy. They have their own, separate strand of DNA (separate from the main/nuclear/chromosomal DNA) and it's called Mitochondrial DNA (mtDNA). Since only the mitochondria contained in the fertilized egg are used at conception, mtDNA is only inherited from the mother.
·      Scientists have discovered there are three main mtDNA lineages found worldwide today. Evolutionists have labeled these lines “M”, “N”, and “R”.
·      Noah had three sons, each son had a wife which could be named “M”, “N” and “R” (interesting, these wives are not named in the Bible)

Scientists today identify Haplogroups M, N and R occurred somewhere between East Africa and the Persian Gulf.   The Bible says there was a migration after the flood:
·      Shem to Asia – and Israel
·      Ham to Africa
·      Japheth to Europe

Since humans have virtually identical DNA, the genetic diversity is consistent with thousands of years, not millions of years.
1.     In biology, the most recent common ancestor (MRCA) of any set of organisms is the most recent individual from which all organisms in a group are directly descended.
2.     According to Douglas L. T. Rohde Massachusetts Institute of Technology November 11, 2003
“This study introduces a large-scale, detailed computer model of recent human history which suggests that the common ancestor of everyone alive today very likely lived between 2,000 and 5,000 years ago. Furthermore, the model indicates that nearly everyone living a few thousand years prior to that time is either the ancestor of no one or of all living humans.”

Note how science is getting closer to understanding the true origin of man.  It is not billions, not millions, but 10s of thousands of years - - much closer to what the 'young earth' proponents suggest.