Who are the Radicals? 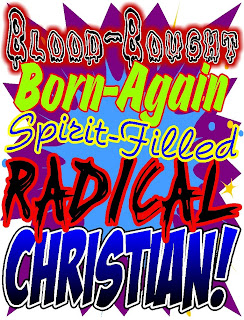 Sometimes I'm surprised at the how far what is often said is so far from the truth.

I came across a few articles on the Web about the "Radical Christians" and there seemed to be two groups that were being referenced. The first was a group of pro-homosexual, gay and lesbian Christians organized under the United Church of Christ. They are likely sincere but very misguided. The second was a blog site that was ripping the Evangelicals in America for what was called, "exclusion, cruelty and intolerance in the name of God". This second group needs to look in a mirror for a good representation of intolerance.

Typically, I find that a little historical perspective is necessary to really see if a movement is a movement at all. Go back to the Reformation; now that was a movement! Christianity had become the "rule of the land" and the local bishops and priests were pretty much representative of the governing authority of the land. The Reformation was radical....not only did Luther, Zwingli, and other early reformers breath life into a very lethargic church by preaching salvation through grace by faith, but right on their heels were the Anabaptists, forerunners of such groups as the Mennonites, Amish, and Brethren who again challenged the rather tame beliefs and ministry of the other reformers.

We owe much to the Anabaptists. They were considered radical in their day but have contributed greatly to the Evangelical church today.

Fortunately, the spirit of reform, living a radical faith and being Christ-centered is still alive as more and more Christians today are trying to find the way to live out what the Apostle Paul said in Romans 12:2, "Do not be conformed to this world, but be transformed by the renewing of your mind, that you may prove what the will of God is, that which is good and acceptable and perfect”.

True radical Christians today are on a journey. They know that when a person begins an amazing adventure with God, a lifelong process will ensue. This process is the transformation from new believer to fully devoted follower of Christ. That process is radical as much of what the world has to offer becomes less and less satisfying and that which motivates is bringing others along on the journey and random acts of kindness along the way.
- August 29, 2008 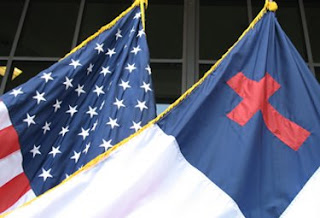 According to a recent Pew Forum, the majority of people in the United States want religious institutions to keep out of political matters. While, this wouldn't seem to be an unlikely position for those that are the non-converted, the non-repentant and the avowed atheist. However, for the first time in recent history, a significant percentage of Evangelicals (36%) also say that churches should keep out of politics, a jump from 20 percent who said the same thing in 2004.

So what has happened in the past few years? Well, for many of us, too many of our religious leaders have become way too political, have become way too linked to the Republican party and all too quick to embrace political issues that have a very weak connection to a biblical position.

For example, how did Evangelicals suddenly become the group that wants to make sure that all illegals are shipped out of the country? Why in the world were we told by some of our religious leaders that if we agreed with global warming, we were acting contrary to our religious beliefs?

Don't get me wrong; in many ways, I continue to be socially and politically pretty conservative. But when Evangelical leaders continue to tell us to support particular candidates or political ideologies AS IF these candidates or ideoligies alone will help bring about some kind of moral alignment, we are headed for trouble.

Throughout the centuries, every time the church gets a little too cozy with the government, we are headed for problems. The church, under persecution, is actually a much healthier and stronger church than one that has compromised its message of the essential Jesus in order to influence a political point of view.
- August 26, 2008 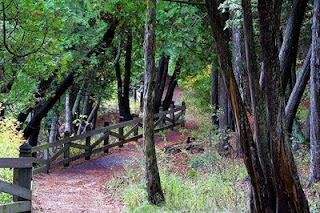 This week, I'm getting a lot of opportunities to do some hiking and bicycling. There are great places to see here at Mackinac Island including Arch rock, Skull cave, Sugarloaf, the British landing, Devil's Kitchen, and the inane, "Crack in the Island."

There are lots of things I like about hiking: Likely, there is no admission charge; no prior experience is necessary; you can start off on the easy trails, people that you meet along the way are always friendly; the more you hike the more you enjoy it; you feel good during and after hiking.

The best part in the journey however, is having someone to enjoy the hike or bicycle ride with you. The last few days, I've had the joy of hiking and biking with Chuck. While we were already good friends, we know each other better now than we did when we started the journey. I understand that most experts recommend having a "buddy" when you go hiking. Likely, they have some safety and security issues in mind but for me, it's great to enjoy the sights and the journey together. It's also a great time to talk, unwind and just enjoy the experience.

Christianity is often described as a journey. We do best when we follow Jesus as we travel through this life. Better than an expert guide, Jesus knows the way and desires us to become intimate with Him while we journey with Him. He desires to not only experience life with Him but also to take us to places that will be challenging. As we journey with Christ, we become more like Him and take on His attributes and His desires and may even get to see the rest of the world through His eyes.
- August 12, 2008