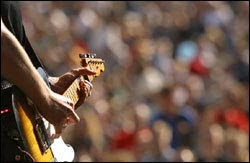 It’s interesting how often the debate comes up regarding the Sacred vs. the Secular. Often it’s a conversation about music (i.e. “that church is using secular music”). Sometimes it’s regarding the movies (i.e. “The Chronicles of Narnia, was secular but can be helpful for students”).

What I try to remember is that this idea of Sacred vs. Secular is man’s construct, not God’s construct. God created the world and everything in it; all of us and all of our talents are useful by God and for God.

Often, people think of certain occupations as being sacred or secular. People will often say they are “in ministry”, meaning their occupation. Actually, God looks at everything that we do as being of importance and potentially honoring to Him. This concept of being “in ministry” is actually a carry over from what the Apostle Paul struggled with in the Hellenistic world. The Greeks held to a view of “dualism” where there was a dichotomy or a separation of the spiritual and the material. That carried over into the early church where we ended up with the enlightened and holy “clergy” and all the rest, the great unwashed and the unholy.

However, that is not how it is meant to be. Throughout the Bible, the Hebrew culture described the earth, morality and righteousness not as separated experiences, either good or bad, but only from the perspective that man was either following the path established by God or had turned to follow something that was evil and perverted.

Everything, including your occupation, is actually to be sacred, or worthy of God. Ministry therefore is that which engages a broken world and restores everything to be completely conformed and transformed into the Kingdom of God.
- July 24, 2008

You Will Have Persecution 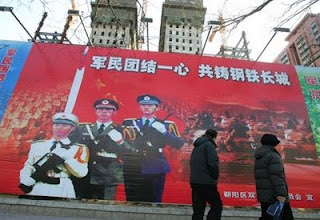 The Voice of the Martyrs (http://www.persecution.com/) recently reported that Public Security Bureau (PSB) officers in China evicted one of the more prominent house church leaders, Pastor Hua Huiqi, and his family from their home in Beijing, China.
A number of sources have been reporting and commenting that the Chinese government has been cracking down on the Christian house-church movement members in China, likely in preparation for this summer's Olympics. Pastor Hua will remain in prison until well after the ending ceremonies.
The Chinese Church is estimated by some to be considerably more than 100 million. Officially, the Chinese government, which tracks "official" church registrations, acknowledges about 21 million but the house church movement is much larger. This persecuted church is also very evangelical and from those that are familiar with the leaders, is following a model very closely aligned with what is recorded in the book of Acts ("And the Lord added to their number daily those who were being saved" Acts 2: 47)
I can't help but believe that this persecuted church in many ways has thrived because of the persecution. Watchman Nee is often credited as one of those that was responsible for planting the contemporary seed of Christianity in China before the Communist revolution in 1949. That seed has resulted in a harvest that likely has China with the largest number of true believers in any country (yes, that includes even the United States).
Jesus told us that we would be persecuted "If you were of the world, the world would love its own. Yet because you are not of the world, but I chose you out of the world, therefore the world hates you.... If they persecuted Me they will persecute you... for they do not know the One who sent Me." John 15:19-21
Church history has shown that the Body of Christ has always grown stronger under persecution while churches have fallen into mediocrity and even apostasy when they are embraced by the general community and the state.
While I don't pray for persecution in the US, I do pray for a strong, healthy and uncompromising church. I also pray for pastors that preach the Word of God and find every opportunity to reach out to a culture that is adrift, unaware and lost.
- July 17, 2008 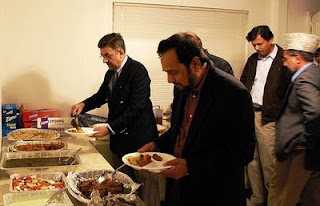 In April, I published an article (I know, it's just a blog) on American Generosity and tried to debunk some myths about giving and the state of giving in America.

Just today, Giving USA Foundation published their 2008 yearbook with all of the stats anyone that likes numbers and statistics would love. According to their research, estimated giving in the USA rose to $306.39 billion in 2007, an increase of 3.9 percent. This was the first time that giving was over $300 billion and the US continues to be nation with the most generous individuals, as it is individuals (not corporations or foundations) that give the most, accounting for over 74% of all giving.
Churches receive about 1/3 of the total and gifts to churches in 2007 rose at a 4.7% rate, slightly higher than the total rate of increase. Other studies have shown that fewer and fewer church goers tithe (provide a tenth of their income to church), as little as 3% of those who attend church regularly. However, if you look at the fastest growing churches and those churches that are likely the most biblical in their doctrine, the percentage of people giving generously continues to be significantly higher than others.
These churches don't just teach doctrine, they live it. More and more churches are making disciples of Jesus Christ. They are embracing the ministry of feeding the poor, taking care of the broken hearted, reaching out to their communities and making a difference.
These pastors know that if you want to help people become committed followers of Jesus Christ, they need to be shown how to act like Jesus. That starts, by the way, not within the church, but within your community.
We continue to live in a very blessed country and most of us are more prosperous than any other generation anywhere. Let us remember that it is God that has provided for us. As the Apostle Paul said,

"Moreover, God is able to make every grace abundant for you, so that in all
things, always having all you need, you may have an abundance for every good
work. As it is written: "He scatters abroad, he gives to the poor; his
righteousness endures forever." (2 Cor.9:8&9)

Washington Feels Your Pain, Your Ministry May Not 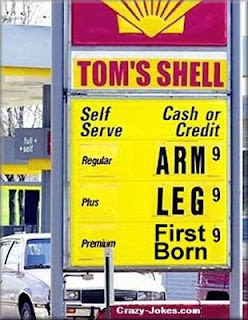 The Wall Street Journal was the first to report that the IRS announced an increase in the optional standard mileage rates for the final six months of 2008. Effective today, July 1st, the mileage rate will increase to 58.5 cents a mile for all business miles driven from July 1, 2008, through Dec. 31, 2008.

Note this is a 16% increase since the beginning of the year and not at all typical for the IRS as they usually updates the mileage rates only once a year in the fall for the next calendar year. One exception was recent, in 2005, when the government raised the rate in the middle of the year, because of the gasoline-price hikes related in part to Hurricane Katrina.

While many can take advantage of the higher rate (thank you IRS for feeling our pain), many of my pastor friends may not. In working with churches and ministries, I've noticed that many will establish a specific reimbursement rate, likely the rate that the IRS prescribes, but do not update it frequently. I've seen rates posted on reimbursement forms that are a few years old or even significantly less than the maximum that the IRS allows (i.e. 25 cents a mile).

One of the ways to avoid this issue is to have a policy (remember the 3-P’s - Policies, Procedures and Practices that need to be aligned and appropriate for the ministry) that the church or ministry will “reimburse employees for mileage at the IRS rate as established from time to time.”