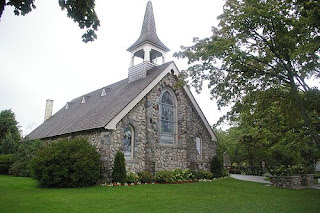 Recent research by LifeWay (the nice people that bring you books by Beth Moore and Henry Blackaby) uncovered an interesting preference among those people that are unchurched. By a nearly 2-to-1 ratio over any other option, those that are not attending church may be inclined to attend a church that looks more like a church (the research actually used the word "gothic") rather than the contemporary and mall-like church building.

Up at Mackinac Island, MI, one of the churches I try to bring guests to is the "Old Stone Church". This traditional yet unique architectural gem was constructed over 100 years ago and has the traditional stain-glass windows, pews and raised pulpit common to traditional churches. The Old Stone Church is a much-requested place for weddings but typically is empty six months of the year as their tiny congregation only meets during the summer.


I don't have any definitive studies to point to but based on what I have seen, I believe that our typical church-plants (churches that are started from scratch with the objective of attracting unbeliever) are likely meeting in store-fronts, in bowling alleys and theaters and not in traditional church buildings. Based on my observations, they also have a format that is almost "anti-liturgical" or "non-traditional". The typical theme is "church for those who don't like church" and the culture is heavy Starbucks and very casual with Christian crosses or crucifixes obviously absent.


Ed Stetzer, the director of LifeWay Research, reported that the unchurched may prefer the more aesthetically pleasing look of the more traditional church because it reminds them and connects them to the past.

Interestingly, the younger unchurched people between the ages of 25 to 34 were particularly drawn to the more traditional look.

The traditional look was preferred by both unchurched Roman Catholics and unchurched Protestants, according to the LifeWay survey.

One survey respondent said, "I don’t like modern churches, they seem cold," said "I like the smell of candles burning, stained-glass windows, [and] an intimacy that’s transcendent."

So....if this is what the research is saying, perhaps there may be a congregation out there that would be willing to try a new approach in church plants.

Perhaps it's time to rethink who we are trying to reach and find an approach that may connect to the unchurched.

Paul's words the the Corinthians "I have become all things to all people, so that by all means I may save some," (1 Cor 9:22) have been used as the reason to bring in contemporary worship, casual dress and embrace modern contemporary church architecture. Perhaps it can also be applied to others that appreciate a more traditional church.
- May 28, 2008

We Are Not Met To Be Alone I read a mildly interesting article in the newspaper this past week. It appears that the Vatican not only has an “Astronomical Observatory” (Baptists and Presbyterians should be jealous) but the director has published a report that the Vatican now states that belief in alien life doesn’t contradict faith in God.

I’m not going to comment on that announcement (I’m sure that Galileo would be happy to see how progressive Catholics have become) other than agree that we are not met to be alone.

I've come to know many of the men and women that are the heads of other religious organizations and many that serve as Senior Pastors. These people are my peers and I’m sorry to report that most believe that it’s “lonely at the top”.

There was a great book published a few years ago called, “Leading from the Second Chair” which was a very uplifting and encouraging book for people that typically hold “Executive Pastor” or other senior director positions (including volunteers) in churches. The authors, Mike Bonem and Roger Patterson, also agree however that it’s “lonely at the top”, and possibly even lonelier when you are sitting in the “second chair”.

While I’m still encouraged and excited about leadership and how God uniquely uses people in positions of authority where they are gifted and prepared, I’m troubled that people in leadership positions in the church are lonely. I’m particularly troubled because I've experienced the same.

Can we read the New Testament and see loneliness in Paul or Peter or James or John? Paul writes so passionately about the brethren and how he so loved his friends Timothy, Barnabas and Titus. Since Paul was “breathing threats and murder” earlier against the disciples, it’s obvious that it was his regeneration by the Spirit of the living God that made a remarkable change in him.

That regeneration should have the same impact on all of us, including those in senior leadership portions.


We are the community of faith, the brotherhood of believers, the literal Body of Christ.

A community, a brotherhood, a body.

As of this moment, I'm making a commitment to community. God didn’t mean for us to be alone, particularly when we have the burden of leadership on our shoulders.
- May 20, 2008 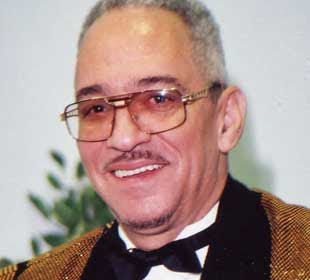 I try not to follow Presidential politics too closely but it’s becoming more difficult for those of us that try to watch the evening news on television, or my favorite medium, the Internet.

Lately, there has been much to-do about Barack Obama’s pastor and this concept of Liberation Theology. The question has been asked by TV talking heads but there has been little explanation given of this theological viewpoint or what is actually a worldview.

Liberation Theology became popular in Latin America back in the 1960’s and 1970’s. It was pretty much Marxist ideology embraced and Christianized by the Roman Catholic Church in Latin America. While it really was more of a political statement than a religious philosophy, it did identify Jesus as a “liberator” and indeed He is. Much of it in Latin America focused on land reform and the seizure of large estates owned by the wealthy.

Embraced as well by many black, African-American protestant preachers, liberation theology continues to focus on Jesus as a liberator. In preachers like Jeremiah Wright, Jesus is not only the liberator but the congregants are victims: victims of conspiracies, abuses, institutionalized discrimination and racism.

From a Biblical point-of-view, there are some ideological underpinnings to this theology, and there certainly are abuses in the United States. The main problem is that in Christ, we are not victims but victors. Jesus was not a martyr but the Savior.

Now I realize that I'm treading close to the "prosperity gospel" but this isn't about prosperity but victory. The apostles and disciples understood victory, not prosperity. The disciples were willing to leave family, their jobs and their country for the sake of becoming disciples of the risen Christ.

They were mistreated, persecuted and even put to death.

As believers however, neither the early disciples or today’s believers have even the fear of death as Christ conquered death for us and we no longer live but Christ lives in us. Paul said in 2 Corinthians 5:8, “To be absent from the body is to be present with the Lord.”

We are not victims and we have the ability in Christ to experience peace and happiness in the midst of trials and difficulties that will come our way. Jesus is quoted in the gospel of John, “I have told you these things, so that in me you may have peace. In this world you will have trouble. But take heart! I have overcome the world."
- May 08, 2008