Feeling lost in the crowd 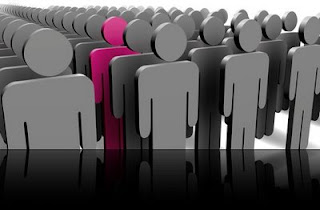 People ask me from time to time, "How do you help people from feeling lost in the crowd in a big church?"

It's a good question and I'm sure that many people that are used to smaller churches may feel a little uncomfortable at first in a larger auditorium with people that they don't recognize standing, sitting and filling in around them.

My answer is that there is a difference from not being connected in a church and perhaps not recognizing as many people you worship with at any given time.
Churches that are doing it right give everyone that attends a worship service an opportunity to connect. People should be welcomed, encouraged to write their prayer requests, or turn in a comment card. Churches that do it right should follow-up consistently on 100% of those opportunities.
Most larger and growing churches encourage small group formation where people get to connect, grow and experience community with each other. These churches ensure that 100% of the people that are interested in getting involved in a small group have that opportunity and have a good experience in connecting with that group.

If the local church does all of this well, people connect and most importantly GROW!

Staying Focused on the Mission 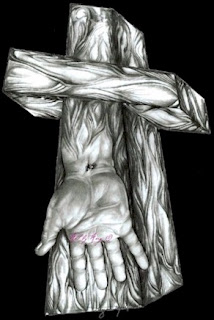 We need to remember to stay focused.
Many church leaders start off very focused. The pastor or leader believes strongly in a vision of reaching a specific group of people with the gospel. He or she also has an idea of how they want to reach them. They start off on this MISSION with a particular METHOD in mind but the focus is clearly on the MISSION.
All too often, particularly when there has been some success, it becomes the METHOD that becomes the focus. All of the activity, all of the conversations, and all of the energy goes into doing the METHOD better. For example, a few years ago, churches learned how to be “seeker-friendly” and many drew great crowds in order to reach the “un-churched” which was the MISSION. However, for many, in a very short amount of time, the METHOD of reaching the un-churched became the focus and the MISSION of reaching out to people with the simple message of the gospel, became secondary.
So that we don't pick on one particular type of church or approach, this idea of staying focused is of primary importance and needs to be applied in ALL churches. For example, Liturgical churches have had the same issue, often falling in love with their liturgy at the expense of their original mission. Another good example was during the Reformation, which was a much-needed exercise in getting refocused on the concept of salvation by grace through faith and not by works.

Soon however, the reformers were battling each other over the methodology of their religion. What was the appropriate worship style? How do we baptize? Do we call the leaders priests, pastors or vicars? etc.. The Wesley brothers, John and Charles, in the early 18th century led a much-needed revival in the Church of England focusing on the love of God, prayer and discipline. Their mission was to turn the hearts of men and women back to God. Very early however, they were so focused on the methods that they received the nickname “methodists”. This term, which was meant to be a pejorative, was later applied by the leaders with eagerness to the entire movement, now a struggling denomination.
Pastors, don’t lose your focus. Our calling is in bringing people to the knowledge and the grace of God through His Son, Jesus. Our methods may and should change but the mission remains the same.
- April 11, 2009