The phrase ‘overnight success’ is all too often applied by the news and general public but rarely embraced by the people that are the so-called overnight successes.   Rarely does success happen overnight.    A video on YouTube may go viral and for a brief moment have lots of people viewing it but it hardly merits the word ‘success.’

Success is typically only achieved over time.  Because it is often a lengthily process the necessary ingredient includes commitment.

Commitment is more than a one-time decision; it is only proven over time.   In a way, you could say that commitment itself requires a commitment.

I have a number of friends that have decided to change the direction of their lives and are determined to do something that is altogether more satisfying, likely has more of a lasting impact and sometimes provides a financial payout.  This last result, the financial payout, is usually the least of the motivating factors.

While we measure success often in terms of dollars and cents, most of the successful people didn’t start off with the dollar objective as the primary motivating factor. If they did, they often would have lacked the commitment to be able to commit themselves to the long-term effort required to be successful.

We recently celebrated Thanksgiving and most people are aware of the story of the Pilgrims and the first Thanksgiving.  However at that first Thanksgiving, of the eighteen adult women that survived the journey on the Mayflower, thirteen died the first winter and another died in the spring leaving only four to help prepare the feast.

I’m an annual pass holder at Walt Disney World here in Florida and I’ve had the opportunity to go through the exhibit that highlights both the success as well as the early failure of Walt Disney.  He had the commitment to commit himself to finding the recipe for his ultimate success.

Successful people make the commitment to learn, to grow, to ask the necessary questions so that they can improve their ideas, their management style and take advantages of opportunities that come over time.  These opportunities also will require a commitment of time, materials, effort and yes, even more commitment.
- November 30, 2014 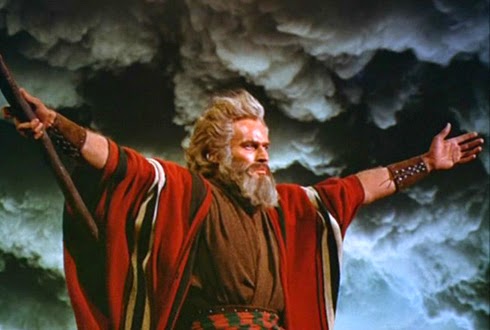 I’ve had the opportunity as a pastor to talk with a number of people that no longer go to church.  Sometimes they are confused, frustrated, disappointed and even angry. and as a result just stop attending.

Often, there are good reasons.  Churches can certainly disappoint. In the past 2,000 years there have been plenty of occasions that point to the obvious conclusion that often the leaders, those we call pastor, Bishops and even Popes, have acted in a way that was contrary to their spiritual calling.

I can understand when people get disappointed with leadership. I’m frustrated too and know that we all suffer when one church leader stumbles and falls.  That is why, particularly in the church, we have to be careful to have the integrity, the internal conviction, that all of our actions and all of our intentions are in keeping with our calling.

What I don’t understand is when people decide to leave the church because they disagree with the essential moral teaching.   I've had the experience of talking with people that state, "the church isn't going to tell me how to live my life".  Well, If any one institution has moral authority it is the church.  Moral authority is based on principles, values and the essential truths that are truly independent of personal conviction or opinion.   Sometimes, it's just more convenient for people that are under conviction to feign indignation or a pseudo spirituality and decide to separate themselves from the truth.  When the church for example says “adultery is wrong” or “honor your mother and father”, a person may choose to leave the church because they feel under condemnation and prefer to live in the darkness.  However, leaving the church because they believe the church doesn’t have the moral authority to declare sin as sin is rebellion against God.

Jesus had moral authority.  It was said that the people were amazed at his teaching, “because he taught them as one who had authority, not as the teachers of the law.” (Mark 1:22)

The teachings of Jesus addressed not only the written rules and obvious customs and traditions that were common at the time but also the timeless moral principles for all generations.   Today, we may choose to believe that modern thinking has revised the Ten Commandments or that moral principles can be adapted and completely ignored without consequences.  However, the moral authority that has been given to the church remains.