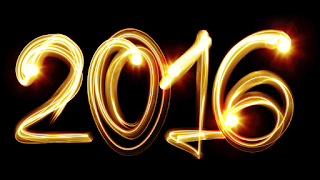 I believe Ed is right and not only is he right but at the top of 2016 resolutions for Christian Evangelicals, pastors, churches, staff members and volunteers should be “Plant a Church”.

It’s really time we in the Church start thinking differently about Church Planting.  Perhaps you have heard the often-told adage that 80% of all new church plants fail.  That is just a lie that Satan would want us to believe and easily available research indicates just the opposite.  While there is no comprehensive research on the total number of new churches started annually, the most recent research on literally thousands of new church starts show that 99% of all new churches survive the first year, and 68% survive to year four.   Moreover, of the churches that survive, more than 70% are self-sufficient financially by the fifth year. (source: “Church Plant Survivability and Health Study 2007” By Ed Stetzer and Phillip Connor February 2007)

As a former pastor and executive team leader at two of the nations largest and fastest growing mega churches, it’s hard for me to admit but studies show that newer, smaller churches do a much better job as well in fulfilling the Great Commission.  This is particularly true if we define making disciples as the combination of making a commitment to Christ, attending church and being baptized.

According to Christian A. Schwarz, the founder and head of the Institute for Natural Church Development (NCD), the statistics actually reveal that smaller is actually better and that ten smaller churches of 100 people will accomplish much more than one bigger church of 1000.

“The growth rate of churches decreased with increasing size. This fact in and of itself came as no great surprise, because in large churches the percentages represent many more people. But when we converted the percentages into raw numbers, we were dumbfounded. Churches in the smallest size category (under 100 in attendance) had won an average of 32 new people over the past five years; churches with 100-200 in worship also won 32; churches between 200-300 average 39 new individuals; churches between 300-400 won 25. So a ‘small’ church wins just as many people for Christ as a ‘large’ one, and what’s more, two churches with 200 in worship on Sunday will win twice as many new people as one church with 400 in attendance.” ( Source: “Is Bigger Really Better? The Statistics actually Say "No"! - ChurchPlanting.com

New Year’s resolutions are too often broken. The commitment to plant a new church should not be the result of a sudden impulse.  However, we have been given the Great Commission for nearly 2,000 years and we know that it’s a calling that is given to all of His disciples.  Perhaps it’s time we consider the resolution to plant a new church. 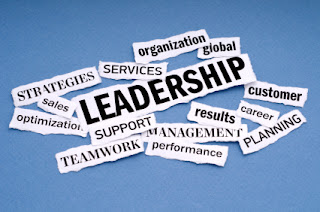 Churches need strong leadership.   John Maxwell says, “everything rises and falls on leadership”.   This is nowhere else as true as it is in the church. It takes courage to step into a role of leadership in a contemporary organization that is based on eternal truth and moral absolutes.

In my ministry in visiting, encouraging and partnering with literally hundreds of churches, there are five essential aspects of church leadership that I am committed to never forget.   Here they are in a condensed form.  To make it interesting, the most important is actually the last one on the list:

1) Major on majors; minor on minors – While everyday there are definitely battles and struggles, we need to remember that every battle doesn’t need to be fought.   Successful leaders pick their battles to ensure that if the battle is worth fighting, it is worth winning.   People know that we live in an imperfect world and they are looking for leaders to make incremental improvements in those areas that are important.

2) Make time your friend – Every leader has exactly the same amount of time each day.   All too often, time management is not a church leaders strong suit.  One of the key principles to remember is that you need to manage your time rather than have time manage you.   Use a calendar, block out hours (yes hours, not minutes) in each day without meetings, without interruptions to accomplish that which is important.

3) Develop leaders – Jesus is a great example for us in developing people.  Jesus spent most of his time with those that were chosen to carry out the mission. These were not necessarily qualified, gifted nor remarkable individuals except that they spent quality time with Jesus.   Make leadership development intentional including identifying, equipping, challenging and releasing leaders.

4) Refuel Regularly – My friend, Lance Witt is the author of “Replenish: Leading from a Healthy Soul.”   In his book, he speaks of the front stage and back stage of every leader.   As church leaders, we are easily prone to burn out and succumb to spiritual attack.  One thing to remember is the three Rs in keeping our lives in balance: Recharge, Renew and Relax.  Even Jesus commented, “Man was not made for the Sabbath, but the Sabbath was made for man” (Mark 2:27).  This is a great lesson for our busy pastors that all too often rarely take any time off.

5) Remember your Role – The biggest advantage in the church is often overlooked.  We need to remember our role as under-shepherd as Jesus is the Good Shepherd and head of the Church.  This is not a ceremonial role but one that is active. Jesus leads through his Word, by modeling behavior and responding to our plans.  Proverbs 16:9 says, “The heart of man plans his way, but the LORD establishes his steps.”

There are always new opportunities to improve our leadership.  Don’t be overwhelmed in the struggle but take every opportunity to learn from others and be sure to pass on those lessons to those you lead. 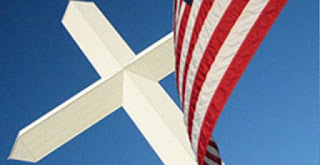 We all use labels, even when we say we don’t.   Understandably, labels are easy-to-use short cuts. They make it simple to know who is who.  Labels group ideologies and provide comfortable paths for us to follow.

Labels, like nicknames, are often prescribed to groups by outsiders.  In the church, we then subscribe to many of the labels that were originally pejorative terms.   'Lutherans' were so-named by Christians faithful to the Pope and Rome as these reformers were seen to follow Luther.  Methodists, Calvinists, Fundamentalists and even Roman Catholics were all pejorative terms at one time that were later embraced.

Christianity and Christian groups often attract labels.  Back in the 80’s the term “born again” was applied so widely that it soon lost its original meaning.  The term ‘evangelical’ was embraced and popularized by Rev. Billy Graham as a reaction to what was termed “fundamentalism.”  Today the word ‘conservative’ is so often the adjective modifying the noun Christian that you would think that political conservatism is inherently part of the Christian faith.

While it may be true that many Christians in the United States tend to be politically conservative, political affiliation is not part of the gospel, the Nicene Creed or any article of faith that I’m aware of in the church.   Christianity is all about a relationship with God through Jesus Christ.  This relationship doesn’t fit in with any particular political persuasion and it can be argued that being a Christian is actually more of a radical orientation to the rest of the world.

Pastor and author David Platt in his book, “Radical” demonstrates that the teachings of Jesus in the Gospels encourage believers to ‘leave behind security, money, convenience, even family for Him’. To be a true disciple of Jesus calls for a ‘radical abandonment’ of a person’s life all for the privilege of following God.  Christians are to live daily with an urgent obedience to the Great Commission to ‘go and make disciples of all nations’ (Matthew 28:16-20) – concludes Platt.

Christians need to be careful about embracing contemporary and cultural ideologies and then associating them with their Christian faith.   Lower taxes, guns, limited government, a strong defense, and a balanced budget may arguably be good political ideologies, however they should never be confused with Christianity.

Christians have been bought at a price (1 Corinthians 6:20).  Our faith is found in the essential gospel.  We embrace the unique opportunity for forgiveness for our sins because of the sacrifice that Jesus paid at Calvary.  The calling for those of us in the church is to love, forgive, serve and even sacrifice for the sake of the Gospel and the love of Christ.  We need no further label other than being a disciple of Jesus Christ.