End of the Book 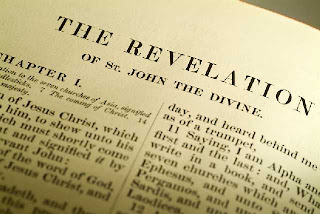 Every year, about this time of the year, I get to the end-of-the-book. Like many of my friends, I read the Bible through each year and the month of December brings me to the latter books in the New Testament. The last book in the Bible is the book of Revelation which is the letter of the Apostle John to the church. It starts off with the words, "The revelation of Jesus Christ, which God gave him to show his servants what must soon take place".

The book of Revelation is unique in many respects including it being the only book of the Bible that provides a blessing to those that read it: "Blessed is the one who reads the words of this prophecy, and blessed are those who hear it and take to heart what is written in it, because the time is near." (Rev. 1:3)
Many of my friends believe the time is near. The Apostles all believed the time was near, so did the early church.
It's too bad that more people don't read the Book of Revelation. I think if they did they would be amazed at how wonderfully and with finality God brings to a close the rebellion of this present world and majestically ushers in the new heaven and new earth. The best part about the new heaven and new earth is that we will see God and "no longer will there be any curse" (Rev 22:3) which means that the unlimited potential that God had in mind in the creation will finally be realized.

Regardless of whether you believe that Jesus is coming soon or you believe that there is still plenty of time, you need to ultimately become the person that God has always intended you to be and your true potential will only become realized in Christ. 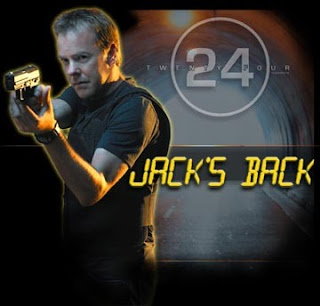 I just finished watching "Redemption" which is the prequel for season seven of 24 with Keifer Sutherland as "Jack Bauer". While I missed it on network TV, I've found http://www.fancast.com/ and was able to watch the entire program on my computer via this cool site that is sponsored by Comcast, Hulu and assorted commercial advertisers. Fancast will likely be one my greatest leisure time activities in the New Year.

The hour-an-a-half movie is full of the standard cynical look at US foreign policy with Jack Bauer and a few other rough-and-ready para-military types trying to save the world with a little honor.

I'm a 24 fan so I enjoyed the prequel and will look forward to watching Series Seven. At the same time I was somewhat amused to see this concept of "redemption" wrapped around the idea of paying for one's sins by various good works. The program opens up, for example, with Jack Bauer working with one of his friends, who in the past also fully involved in covert ops for the government, in a children's school in Africa. Both men are paying for their past sins through these not-so-random acts of mercy only to have their charitable work with the children interrupted by the outbreak of war.

The fact that the war appears to have been financed by rouge business men from the United States proves to be an interesting start to Series Seven and I'm sure we'll see lots of action in the following twenty-four hours that time frame for the season.

Here's my sermon-in-a-minute: Redemption via your own charitable acts will never be as fulfilling as you hope, will not last you for this lifetime and not provide you with a get-into-heaven pass in the next lifetime. The only hope for mankind and the only redemption that is available, without fail, is a relationship with God, through Jesus Christ. 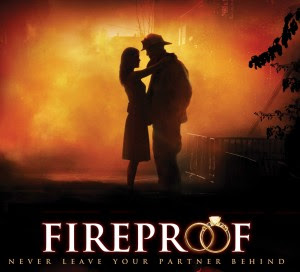 There is nothing easy about having a good marriage. At the same time, there is nothing likely more satisfying and enduring than a marriage that has survived and thrived through both the good and the bad times.

Often, we take our marriage vows, "to love and respect; to be considerate and tender and stand by each other faithfully in sickness and in health, and, preferring each other above all others" as a statement-of-fact when actually it needs to be a blueprint-for-married-life.

Recently, I've been excited to have a great movie available for use to strengthen and encourage couples in marriage. I recently purchased the leaders guide with a special DVD that has six cuts from the movie. While I just started using it, it looks like the study will be great for couples that may be struggling as well as even a six-week group study for married couples.