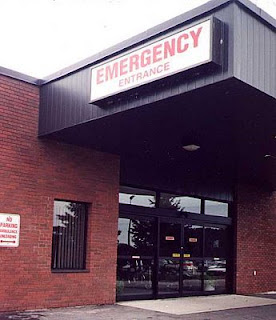 The Kiplinger Tax Letter reports that certain nonprofit groups have been facing heightened scrutiny from Federal, State and local levels of government. The nonprofit groups that are having the problems are particularly those exempt organizations that derive a majority of their funding from fee-for-service operations, predominantly those that are competing with other for-profit businesses and charging similar fees

The claim by the government is that the charities don't live up to the intended purposes for which they received their 501 (c)(3) status.

A number of charities are reported to have been denied property tax exemptions from States and localities including the State of Minnesota, where the State Supreme Court ruled in March that one of the county tax assessors acted properly in denying a nonprofit day care center exemption on property taxes. The court noted that the nonprofit was charging the same rate to all families and not providing a “charitable service” to local families

This situation has been developing here in Washington where there have been discussions related to the tax exempt status of hospitals, universities and adult retirement centers that all compete with for-profit organizations. It’s a stretch of the imagine to think that some of our large universities like Harvard and Stanford and the endowment funds of places like Notre Dame may be in tax-exempt-jeopardy in the near future if this trend continues. Legislation has been drafted but never has left committee, which requires tax-exempt hospitals to have written policies detailing their charitable provisions for poor and indigent patients. Just last year, universities were requested to use more of their endowment fund earnings to reduce tuition costs.

This will be an interesting development. Stay tuned after the November elections to see what transpires.
- June 20, 2008

A Matter of Precision 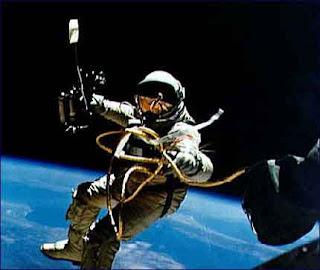 Recently I had an experience that is likely a little embarrassing to admit.

According to United Airlines, that shouldn’t have happened, however it did. While most of us have been at the wrong gate from time to time, even if we try to board, there are some processes put in place to keep us from being on the wrong plane, sitting in the wrong seat, headed for the wrong place.

This time however, all of those processes didn’t work and obviously, neither was my mind. I must have left it at home that trip.

Fortunately, it was one of those unusual trips that had lots of extra time before critical appointments, and I ended up driving the additional three hours to my intended destination. If it was ever going to happen, this was the trip. Other than a little inconvenience, there was no foul, no one else other than me that was inconvenienced.

I wonder how many other things in my life are somewhat off-track or missed because of a lack of precision?

Think of the type of precision that is needed by our NASA space program scientists. They calculate the exact ascent trajectory needed to not only have Atlantis or Discovery make it into space but also then be able to rendezvous with the International Space Station or dock with the European Space Lab. Or imagine the precision needed to carry out a successful space-walk!

Seems like many prefer the wide gate and the broad road approach to eternal life. The lack of precision however may cause some inconvenient destination problems. How unfortunate it would be to find out you had not paid enough attention to all of the warnings and signs and clear directions that were given to you. Fortunately, that narrow gate is none other than Jesus and “whoever believes in Him, shall not perish, but have everlasting life” (John 3:16)
- June 13, 2008 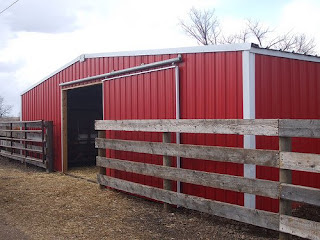 Have you ever taken a look at how many things we accumulate? This generation has amassed more possessions than any previous generation. As a result, our homes are full today of things.

Not only are our homes full but we are living in even bigger homes in order to store up more things.

According to the U.S. Census (2007), the average size for a new home is presently about 2,581 square feet, up from 1,660 square feet in 1973. That is an increase of about 50% in less than one generation. Since 1950, the increase in size is more than 100%. What was all this extra space for anyway? Well it wasn’t for children or extended family as the average size of our families has decreased steadily from 3.67 members back in the 1940’s to just 2.62 in 2002. Taken together with the size of the house, that means that back about one generation, homes were built with about 290 square feet per person vs. about 1,000 square feet per person today.

But per person, we have many more things.

In the Gospel of Luke, (Luke 12:13-21) God called the rich man who had so much that he decided to build a bigger barn, a “fool”. Imagine God calling someone a fool! I wonder how often that happens. The rich man must have done something very foolish in order to deserve such a harsh response from God. What was it again that happened?

Oh, that’s right. The man had many possessions, had been blessed by God with a wonderful harvest but only thought of himself and not God or others; so he decided to build a bigger barn to store all that he had.

A Matter of the Heart 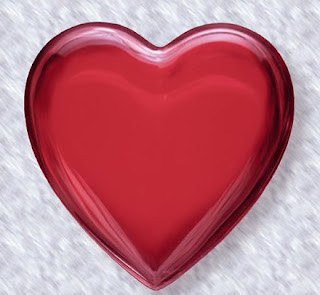 Well, unfortunately, while we have made a lot of progress over the past 2,000 years, some habits are hard to break.

Sure, we got rid of the witch hunts, the Spanish Inquisition, the wholesale conversion of the American Indian, and Irish Catholics are no longer fire-bombing Protestant churches. At the same time, the divide between "us" and "them" continues to Christians are supposed to represent Christ to the world. But according to the latest report card, something has gone terribly wrong. Using descriptions like "hypocritical", "insensitive", and "judgmental", young Americans share an impression of Christians that's nothing short of . . .'unChristian'.

One of the recent Barna Group studies found that 38 percent of American adults label themselves evangelical, but only 8 percent of them actually meet the criteria that Barna has established which is as follows: Those include saying their faith is very important in their life today; believing they have a personal responsibility to share their religious beliefs about Christ with non-Christians; believing that Satan exists; believing that eternal salvation is possible only through grace, not works; believing that Jesus Christ lived a sinless life on earth; asserting that the Bible is accurate in all that it teaches; and describing God as the all-knowing, all-powerful, perfect deity who created the universe and still rules it today.

What has happened in America can be debated. In one corner are those that believe that our doctrine, or the lack thereof, has pulled us down. The reasoning is that since people aren't properly schooled in the Bible nor doctrine nor creed, error has crept in. Whether Lutheran, or Reformed; Premillennial, Postmillennial or Amillennial, Charismatic or Bible-thumping, there are those that believe that the root of our problem is a lack of theological training.

They are entitled to their opinion but I think it's a matter of the heart.

When Jesus was asked which was the greatest of the commandments, He replied, "Love the Lord your God with all your heart and with all your soul and with all your mind" (Matthew 22:36-38). The primary motivation of this religion of ours (and I still like to think of it as not a religion but a relationship) is love. Jesus went on to say, "and the second is that you are to love your neighbor as yourself."

The church is dying in America where we have more seminaries, schools, and bibles than any people at any time; also more radio and TV stations with the gospel taught and preached 24 X 7. The church is alive and growing in China, throughout Asia, South America and Africa where the people have nothing compared to us.

But they do have love.