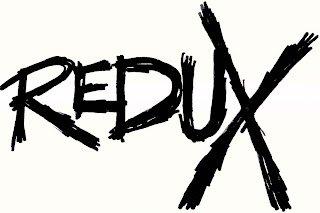 What is Tithe Redux?

Well, ‘Redux’ [ri-duhks] is an adjective. It’s taken from the Latin word from the Latin ‘reducere’ that means to bring back, reconsider, or restored. It’s used in literature and film titles. ‘Acocalypse Now Redux’ was directed by Francis Ford Coppola in 2001 and was a reconsideration of his original 1979 movie.

So ‘Tithe Redux’ would be to reconsider the tithe, or bring it back. The practice of ‘tithing’, of giving the first 10% of a person’s or household income is a Biblical principle. The word ‘tithe’ is an Old English term that is used in the Bible to represent a one-tenth part. While it has been talked about for many years and in many churches, both the concept and the word are not used in the true Biblical principle.

People often use the word ‘tithe’ when they refer to giving money to the church, regardless of the amount or percentage of the gift. For example, someone may say, “I’m tithing but not giving anywhere near 10%”. While we may understand what the person is saying, this is not the concept of the tithe.

A person attending a Christian church should be under no obligation to give any particular amount or percentage to any church or charity. Many however understand that as a spiritual principle, the practice of giving regularly, cheerfully, sacrificially and proportionally honors God and aligns their hearts with a very important spiritual principle. (1 Corinthians 8; 2 Corinthians 8-9)Giving a ‘tithe’, or the first tenth of income is one form of proportional giving.

Putting God first place in our lives is extremely important to practice if we are to grow as a Christian. Its also important to be able to trust in God for our financial well-being, particularly if we happen to reside in a wonderfully economical advantageous country and have incomes that exceed over 90% of the people in the world. Jesus understood that handling money was important a well; it’s why He spoke more about the stewardship of resources (i.e. money) more than any other topic.

One legitimate reason to not talk about the Tithe is if you believe it was done away with in the Old Testament. I don’t believe it has been done away, seems like Jesus affirmed it at least once in the New Testament (Matthew 23:23) that should be enough for us.

I certainly understand that many people think that talking about the Tithe is uncomfortable for some. Yes, it likely is but we don’t avoid uncomfortable topics. I also understand that many preachers have misused the concept of the tithe, trying to guilt people into giving to their local church. However, we don’t stop doing the right thing because others abuse their privilege.

I believe the principle of the Tithe is similar to the principle of the Sabbath. We no longer adhere to a Saturday Sabbath, don’t feel required to walk rather than drive one day out of seven and certainly don’t condemn people that have to work on any particular day. However we continue to encourage people to understand the spiritual principle of Sabbath. Honor God by finding a time for rest. There are lots of smiling faces when we talk about people needing rest in church.

The tithe is similar. Honor God with your first and your best. Contribute generously to your local church. Give regularly, sacrificially, proportionally and cheerfully. Be a good steward of everything that God has entrusted to your care. 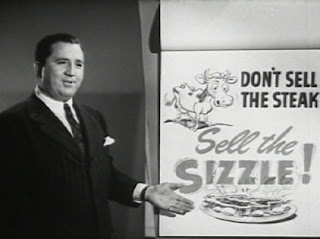 After a number of years on the finance side of a Fortune 100 company, I was offered the opportunity to get involved in sales.

Sales…now that seems a lot more fun than crunching numbers.

In sales, you learn how to be approachable, how to identify the benefits and the value of the product or service you represent. In sales, you learn that at any given time, there are a number of other products and services that are competing for the attention of your potential clients. The objective in sales is making sure that you make the best of every opportunity to clearly identify the unique value proposition that your product or service offers. The really good sales approach is what the legendary “greatest salesman in the world”, Elmer Wheeler, called, “Selling the Sizzle”.

Churches could learn a lot from Elmer Wheeler. He defined ‘sizzle’ as the biggest selling point, the main reason why people would want to buy.

What is it that churches all too often try to sell? What occupies the best vantage point in the church lobby, the biggest announcement that is made on the stage? If you’ve been in more than a few churches you know that all too often, churches do a horrible job of selling the sizzle.

The Church is the personification of the Body of Christ. The Church has the unique opportunity to offer the hope of forgiveness, reconciliation and restoration. No other organization can offer what the Church has to offer. The Church is not as some have proposed, some get-rich-quick or heavenly multi level marketing opportunity. The true sizzle that an Elmer Wheeler would want the Church to identify and utilize in reaching the greatest number of people is life change.

New life in Jesus Christ is the compelling opportunity for young and old, rich and poor, single, separated, divorced and married. It is the most unique value proposition that any organization could possibly offer to anyone.

“Therefore, if anyone is in Christ, he is a new creation. The old has passed away; behold, the new has come.” —2 Corinthians 5:17

The objective for those of us that in the Church is to make the best of every opportunity to clearly identify the life changing proposition that only we, as the personification of the body of Christ, have to offer.