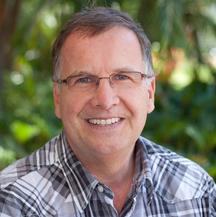 Kenneth Behr is the founder and Execuive Director of Faith Dialogue, Inc.  He has been a guest on numerous news broadcasts including Fox News, CNN, CBN Newswatch as well as the local affiliates for ABC, CBS and Fox. He has been on panel discussions  on NPR Radio and Janet Parshall and is a frequent guest on Christian radio. His articles have been published in Ministry Today, Church Executive, and CMA Magazine

For two years, he served as the president of the Evangelical Council for Financial Accountability (ECFA). Under his leadership at ECFA, the nonprofit organization with offices outside of Washington DC,  added a church division and expanded their membership to include Accredited Memberships for smaller organizations. He was also involved with the Senate Finance inquiry of selected media ministries ("Grassley Six")

Faith Dialogue, Inc., is a nonprofit faith-based ministry that provides help, assitance and programs to churches in Biblical Stewarship, Discipliship and church growth.   The ministry serves Churches internationally and is located in Celebration, Florida.  He  resides there with his wife Carol.  Ken has been married for over 30 years and has spent the last fifteen years in ministry and was ordained by the Evangelical Church Alliance after a career in business.

Prior to serving in ministry, he had a long-term career and assignments on three continents for Ford Motor Co., ultimately serving as president of the Ford Financial Group in Mexico City. In Mexico, he held the position of president and general manager of the international subsidiaries of Ford Credit, Primus, Jaguar Credit and Volvo Cars Finance. At Ford, Ken had management positions in treasury, finance, systems and marketing, and served on a number of Ford mergers and acquisitions teams, including the acquisition of Jaguar Motors, Associates First Capital and First Nationwide Bank.

Recently Ken published "Roaming Catholics: ending the wandering to embrace the wonder" as well as a companion three-week study guide named, "Roaming Catholics Study Guide".  These thoroughly researched books present the development of the Catholic Church in an engaging way to help Christians understand the common history that unites us. This history is not only fascinating, but also deeply compelling, revealing how the church has changed, adapted, and grown. Ultimately it reminds us that the heart of the Christian faith is not grounded in denominations, but in the life, death, and resurrection of Jesus Christ. "Roaming Catholics" is available on Amazon, Barnes and Noble, Books-a-Million and local Christian bookstores.