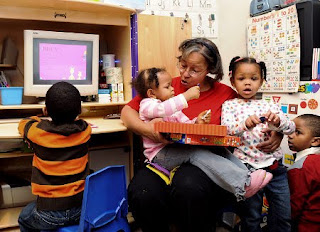 There are people that make their living just looking at patterns. On Wall Street, technical analysts discover and then exploit patterns in stock and bond prices. They discover correlations between the timing in the corrections in the marketplace and security prices that become resistant at certain strike points.
What is interesting about these patterns is that often they are unexplainable....they just "are". However, ignoring these patterns produces results that are contrary to the results that were intended, but which are totally inline with the patterns that have been established.
Patterns are found all through society. We sometimes think of these patterns as 'trends' but they are likely more predictable and have more social impact. For example (and to the point) in the last twenty to thirty years what we thought were trends were fully developed patterns that affected most of our lives. Families have become much less traditional with fewer people deciding on marriage, more marriages ending in divorce, fewer children raised in two-parent homes, and traditional parenting roles being transfered from mother and father to other care givers and impersonal institutions.
As a person that belongs to a traditional church you may have accommodated some of these societal changes but you are likely still holding on to very traditional methods to minister to these individuals and families. Assuming that children have traditional homes with two parents and that the mom is the stay-at-home caregiver not only alienates all of those children and parents that don't fit the pattern, but also decreases the effectiveness and the ministry of the local church.
People that attend church today and in times past do so to a great extent because they have needs that they find the local church able to meet. This was true in the 60's and 70's where most churches were centered on the family and provided safe environments for children and teens.
Today, our churches need to be just-as-relevant and continue to meet the needs of the redefined family as well as the non-traditional parents and caregivers. We have updated our technology since the 60's and 70's and it's time to update our ministries.
- October 30, 2009 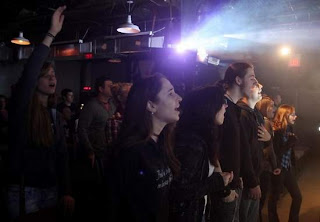 It's just before 11:30 on a Sunday morning, and at a nondescript strip mall on Main Street in Hendersonville it's about time for church.

In the parking lot, volunteers welcome latecomers with cups of free coffee. Inside a converted office suite turned worship space, a countdown clock on a video screen reaches zero, and the band breaks into song.

Within seconds, the Rev. Craig Groeshel appears on a video screen, beaming his satellite message to the crowd, because he is almost 500 miles away in Oklahoma.

Welcome to http://www.lifechurch.tv/">LifeChurch.tv — one of the biggest churches in America.

Nearly 27,000 people attend LifeChurch.tv's 13 locations, known as campuses, scattered from Arizona to New York. Headquartered in Edmond, Okla., LifeChurch.tv is the second-largest Protestant church in the United States, according to Outreach magazine. It's also one of 2,000 multisite congregations that use satellite technology to unite worshippers meeting in different locations.

Church leaders say multisite congregations are the wave of the future. But critics fear this approach turns churches into mega-chain worship centers void of the personal relationships that church members build with one another and their pastors.

Multisite campuses like the one in Hendersonville function a bit like chain store retail locations. The central office provides all the content, from Groeshel's sermons to the Sunday school materials, which are shipped in every month.

The central office also handles all the money. All the donations go to the church's main offices in Oklahoma, where all the bills are paid. The main office hires all the staff and makes decisions about how the church is managed.

That bothers Thomas White, who teaches theology at Southwestern Baptist Theological Seminary, not far from another LifeChurch.tv campus. He believes local congregations should govern themselves.

"You forfeit local church autonomy and you forfeit your congregational polity with all of the decisions and money going to the main congregation," he said. "And the different congregations never meet together so you don't know each other. You can't pray for each other or lift up each other's burdens."

White also wonders about the wisdom of having one preacher speak to many locations, rather than having a preacher for each church. At most multisite churches, the same preacher speaks at every campus, either by satellite and video recording or by traveling from site to site.

Each site has a group of campus pastors who lead Bible studies, mentor and pray for church members, organize community service projects, conduct weddings, baptisms, and funerals — all the normal pastoral tasks but preaching.

After merging with LifeChurch.tv in 2006, the congregation grew to 430, with hopes of growing when they move into a new place at the former Indian Lakes Cinemas building next year.

Frazier said the campus still has the feel of a small church, with the bonus of Groeshel, a megachurch preacher, and the resources of a larger congregation. It also has a "come as you are'' approach to church. "I like that my tattoos can show, and nobody will look at me and say, 'She must not know the Lord,' " Frazier said.

Scott Thumma, a professor of sociology of religion at Hartford Seminary, says that multisite churches can succeed because they draw on both the strengths of small churches, where everyone knows one another, and the quality programming of megachurches. "These folks feel like they are involved in a small, intimate congregation when in fact they are part of congregation of thousands," he said.

Pastor Ken Behr, who leads the Hendersonville campus doesn't mind not having to preach each week. Behr is a former Ford Motor Company executive who also served as the head of the Evangelical Council for Financial Accountability. He came to LifeChurch.tv because he wanted to serve in a small congregation.

Not preaching, he says, frees him up to build relationships with church members and to recruit new volunteers. It takes about 100 volunteers each week to run the Hendersonville campus.

"Typically, a pastor delivering a message has to put in about 20 hours of preparation, to do it right," he said. "I can spend that 20 hours meeting one on one with people or leading a group — it's a much better use of my time.''

Campus pastors like Behr are one of the reasons multisite churches like LifeChurch.tv work, Thumma said. Because they're not worried about sermons or about big picture planning, campus pastors also are able to focus on welcoming and getting to know newcomers. That's important, because Groeshel ends every sermon with an invitation for people to accept Jesus.

When that happens, the campus pastor works to integrate the new believers into the life of the church, often by mentoring them or helping them join a small Bible study known as a Life group.

A steady stream of newcomers has fueled growth of Lifechurch, which began with a handful of people meeting in a rented dance studio in Oklahoma back in 1996.

"We are reaching a lot of people who don't know Christ," Groeschel said. "When this happens, those new Christians still have many friends who aren't followers of Christ. The new people are often highly motivated to share what they've experienced with their friends."

For a large church, having multiple sites makes economic sense. Once a church gets to several thousand members, there's pressure to build larger and larger worship spaces, with costs running in the millions.

That has led some other churches, like Crosspoint Church in Nashville, to move to a multisite model. Crosspoint, which draws about 3,000 people on weekends, has campuses in Nashville, Dickson and Gallatin, and plans to start a new campus in Bellevue.

"For us, the multisite model means we are able to be really good stewards," said the Rev. Pete Wilson, pastor of Crosspoint. "We reach a lot of people, while spending less money. The days of the sprawling 100-acre campus, with 10,000 people on it at a time are over."

Back in Hendersonville, the multisite approach has won at least one new fan. Rick Shown and his wife weren't sure they would like the church, and they only visited because their daughter invited them. Shown liked the sermon, which stressed that people — not a building — are what matters in a church.

"We were skeptical about the video at first, but it works," he said. "I'd be willing to come back”

Email ThisBlogThis!Share to TwitterShare to FacebookShare to Pinterest
Labels: church 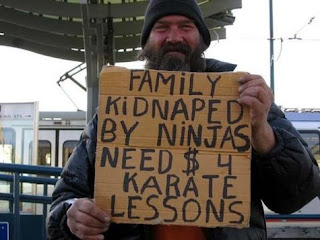 Most churches make the claim that "Everyone is welcome". However, many of the churches that I've visited make it pretty clear that everyone, doesn't necessarily include everyone.
James, the apostle, and half-brother of Jesus gave the church this instruction, "My brethren, do not hold the faith of our Lord Jesus Christ, the Lord of glory, with partiality" (James 2:1). In other translations, the same verse is translated, "don't be a respecter of persons", or don't be a "snob" (Amplified Version).
It's difficult to say that everyone is welcome in the church when we are disrespectful of those that don't look like us, talk like us, have similar education, or may have difficult economic circumstances.
Jesus however demonstrated his love for these people. Jesus went out of his way to be with and embrace the sick, the lame, the blind, the beggar, sinner, prostitute and outcast. If Jesus loves these people, I need to love these people too.
The instruction we are given in the second chapter of James is clear that we are not to treat people that have money, or power, or influence better than others. We are not to show the poor the door, or intentionally exclude them from events. I think the instruction also applies to those that are socially awkward, terribly shy and unlovely.
We have developed code words for these people in the church. Words that are acronyms like "EGR" for Extra Grace Required. While the sentiment sounds polite and even grace-filled, often the actual result is that these people are too often rejected, avoided and shunned.
God has always had a heart for those that are mistreated. Perhaps we need to discover the same heart.
- October 06, 2009