Church in the Shadows 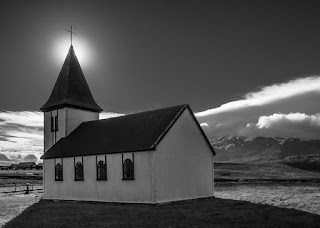 By now, almost everyone has heard the term, “Megachurch” (church of over 2,000 in attendance) but few have understood the actual change in the church landscape that has happened in the past 30-40 years, literally one generation.  While there are those that applaud and many that disapprove of the megachurch, their impact is profound, particularly if you are a regular attendee or pastor of a church in the shadows of one of these mega or even gigachurches.

First, let’s talk briefly about the growth of the megachurch.   In 1970, there were less than a dozen churches in the country with more than 2,000 in average weekly attendance.  By the year 2000, just 30 years later, there were approximately 1,000 of these megachurches, an annual growth rate of nearly 20%.  By 2015, there were an estimated 1,900 megachurches and not unusual to see churches in America with average weekly attendance of twenty, thirty and even forty thousand -- what many are now calling ‘gigachurches.’

We also know that these megachurches are primarily very evangelical.  They are passionate about ministering and reaching their communities, largely charismatic at least in their worship and give an appearance of being nondenominational.

Because of their size, their worship, choirs, facilities, children’s ministries, auditoriums, and even grounds are spectacular.  These churches can afford to hire the best and the average lead pastor at a megachurch is paid nearly 4 times more than the average salary of other paid pastors (and note that more than half of the churches in America are pastored by bi-vocational pastors).

So what is a ‘Church in the Shadows’ supposed to do?   Not every small church in the country is destined to become a megachurch nor should they.  Nearly 90% of all churchgoers attend much smaller churches and obviously enjoy the size, fellowship and ministry.

Here are some of the things that we can learn from the megachurches and likely will contribute to continued health and vitality, if not attendance growth.

In “Fiddler on the Roof” Tevye the milkman tries to maintain his family's religious and cultural traditions against strong and sometimes overpowering outside influences.   Similarly, as pastors, we need to continually take a look at the traditions that are not contributing to the Biblical heritage of the church and may in fact be contrary to the very purpose of the ministry of the local church.  Traditions regarding music, dress, ritual and even preaching style change.  Pastors and churches that are resistant to these changes often will find themselves in decline.

Often, we find ourselves at a particular place and wonder “how did we get here?”   While not often noticed as being consequential at the time, decisions that were made will impact our destination.   Years ago, my wife and I were involved in a growing denominational church with a thriving school and ministry.   In a period of just a few years, a number of decisions were made to reemphasize traditional worship and catechism in the Sunday services.  These decisions not only slowed the overall growth of this church but quickly aged the congregation and significantly and adversely impacted the churches outreach and ministry to the local community

Culture is defined classically by borders, symbols, language and values.   As Christians, we can look at society and instantly see a culture that is often contrary if not hostile to the very fabric of our religious and biblical values.   At the same time, every church has a culture that is also defined by the same borders, symbols, language and values that is either attracting or repelling the local people to whom the church is supposed to be ministering.

I am one that appreciates some of the old hymns, the traditions and reverence that seemed to be so typical in our churches.  However, society has changed.   The megachurches have tapped into the changes in society to their advantage and have attracted younger families and typically reflect diverse educational and economic demographics that enable new people to feel comfortable.   People that are at ease and comfortable in church are much more likely to not only return but also learn and embrace the teachings and values that are important.

Note that I earlier mentioned not just the size of the megachurches but that they tended to be “very evangelical.  They are passionate about ministering and reaching their communities, largely charismatic at least in their worship and give an appearance of being nondenominational.”   The cultural conditions in these megachuches are the very same conditions that contributed to the growth of their ministry without diminishing their Biblical standards.

Churches in the shadows can and should be looking at their traditions, decisions and culture to ensure they are all contributing to their advancement of the Great Commission and the general ministry of the local church. 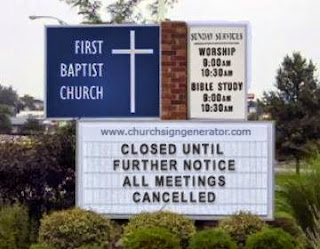 Churches are closing all over the United States.

I’m not referring to the “Big C” church, as we understand that the Church is actually the Body of Christ comprised of all believers in Jesus regardless of location, race, denomination, language or tradition.  In addition, worldwide, Christianity is not only the largest religion but also the fastest growing religion.  What we are seeing in America however is that many local church congregations, some in nice buildings, some in buildings that have seen better days, are closing their doors each year.

According to recent reports about 4,000 church congregations close each year contrasted with about 1,500 new churches resulting in a loss of about 2,500 congregations.  Considering a growth in the population in the United States of about .7% and if 40% of Americans attend church, we need 4,200 net new churches every year.

A nation that is unchurched

It’s becoming increasingly clear that each year a greater percentage of Americans are now ‘unchurched’.   While the reasons for this are varied the undisputed fact is that as Christianity has become less relevant in the eyes of the average American.   As a result more and more local churches are faced with very difficult decisions regarding their continued operation, their ability to attract new people and their continued role in the community.

While they are still meeting and the lights are still on, these congregations have the opportunity to revitalize their ministry and to again be an important part of the fabric of their community.  The Great Commission of making disciples of Jesus Christ is not just about reaching new people groups or something that growing and sprawling mega churches do, it’s the basic and the essential mission of every local church.

Rather than abandoning these ministries and hoping that either the buildings can be sold, torn down or otherwise recycled, we need to remind ourselves that there is hope.  Not only is Jesus still the Lord and Head of the Church, we as the Body of Christ likewise can come alongside these churches and provide them with opportunities to rejuvenate and rebirth their congregations.

My observation is that these local congregations start spiraling down and get caught in a number of ultimately fatal traps.   Unless the leadership of the congregation recognizes the trends and understands that unless things change radically, their fate is sealed.  The congregation, the building, the legacy and the local Christian witness will vanish.

The challenge is that the change that is necessary is often very difficult to initiate.    In every generation local churches have struggled when they make even minor changes in worship, preaching style, the environment, attire or service times.    Recently many churches have stepped away from the traditional service patterns of Sunday morning, Sunday evening and Midweek as American culture has become busier and attendance has been declining.

If your local church is thriving and prefers more traditional worship and midweek services, God bless you.   Many congregations believe their culture and traditions are very closely related to their doctrinal beliefs and would rather be satisfied ministering to a declining and likely aging population.  However, they and the community they serve may be missing out on an opportunity to understand and witness first hand that the Gospel is not limited by tradition and culture.

The example of Jesus and Paul

Today more than ever we need more of our leaders to be like the Apostle Paul.  While Paul was a great church planter and was used by God to bring the Gospel to the gentiles in Asia and Europe he was also interested in strengthening and revitalizing the existing churches.  In the book of Acts we see Paul and Barnabas returning to the churches to “see how they are dong” (Acts 15:36).”   Paul was not hesitant to address moral or theological issues, heresy or problems in leadership.

Jesus as well through his angel sent messages to seven churches in the Book of Revelation.  These churches were all unique and each needed to hear a unique message regarding insights into their ministry.  Some were commended while some were severely criticized.   They all had the opportunity to be faithful to the ministry that they were given.  For most of them however that meant they had to make changes.

The bible is clear that we are the Body of Christ and that when one member suffers, we all suffer (1 Cor 12:26).  We are all too familiar with the scandals that spread when a minister falls because of moral failure.  Likewise, churches that begin to embrace the very sin that so easily entangles very quickly bring shame, dishonor and confusion within the Body of Christ.

In the same way, churches that close their doors, sell their buildings and abandon their calling indicate failure.  Their failure means that the message of the church, the life-changing opportunity to embrace Jesus as the Christ, to have sin forgiven and provide a message of hope is somehow irrelevant.

I mentioned earlier that many of our local congregations are spiraling down and get caught in a number of ultimately fatal traps. Often before a church can be revitalized, it has to be pruned and closed temporarily for some major remodeling.   Like an airplane that goes into a stall and starts spiraling down, the very deliberate but often counter intuitive maneuver of pushing the nose down is the only thing that can stop the spiral down.

Here are the major things I recommend these congregations look at to make the changes needed:

Jesus said that the gates of hell shall not prevail against the Church. With that we have to understand that there is a very significant spiritual component as we lead and determine the appropriate actions to take to revitalize our congregations.  We pastors also need to always remember that its not our efforts but each member that contributes to the vitality of the local church.  In Ephesians chapter 4 the Apostle Paul says, “As each part does its own special work, it helps the other parts grow, so that the whole body is healthy and growing. …” (Ephesians 4:16b, NLT)