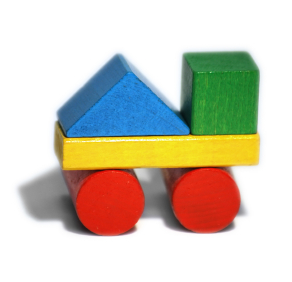 Some of the best leaders I’ve ever worked with were the best because they kept it simple. Not simple as in “easy-to-accomplish,” but simple in philosophy and in intention.

All too often leadership theory becomes a difficult combination of strange words, unusual or forced principles and too many unnecessary steps. It reminds me of when my wife and I were newly married. We were learning how to not only be husband and wife but then in just a few years, also mom and dad to two little children. Some of the parenting books we read at the time caused us to almost give up hope. The books told us that there was a lot of stuff that we weren’t supposed to do, words that we were warned not to use and particular activities that were to be introduced at very specific ages. It was tempting to throw up our hands and surrender. Ultimately we thought it best to get rid of the books and just use some common sense.

Common sense worked the best, particularly with a little help from the Book of Proverbs.

Leadership is really very much the same. It’s really more about some very simple and very easy to understand values that we as leaders embrace, and then model and ultimately teach. Sir Winston Churchill, one of the greatest leaders of all time, and leading England at the time when the entire world needed him the most, said, “All the great things are simple, and many can be expressed in a single word: freedom, justice, honor, duty, mercy, hope.”

Leadership is all about leading people. Management on the other hand is about managing tasks and not about people. People are much more likely to be motivated to follow time-tested principles and values that have a lasting impact for the greater good. Great leaders have always understood that people are much more likely to embrace the principles and values that help them become a part of that which is greater than themselves.

Jesus in many ways had a leadership style that also embraced that which was simple but that which was also great and transformational at the same time. Joy, peace, truth and love were common themes for Jesus. All of these are one syllable words that have great impact. To his followers, Jesus gave values to embrace and simple instructions to obey. Those that listened to Jesus became his disciples and ultimately changed the world. When we as leaders embrace his principles and his values, we ultimately walk where Jesus walked and can then lead others to follow as well. 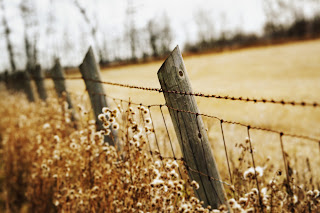 1 The words of Nehemiah son of Hacaliah: During the month of Chislev in the twentieth year, when I was in the fortress city of Susa, 2 Hanani, one of my brothers, arrived with men from Judah, and I questioned them about Jerusalem and the Jewish remnant that had survived the exile. 3 They said to me, "The remnant in the province, who survived the exile, are in great trouble and disgrace. Jerusalem's wall has been broken down, and its gates have been burned down." 4 When I heard these words, I sat down and wept. I mourned for a number of days, fasting and praying before the God of heaven. (Nehemiah 1:1-4) If Nehemiah had a word for us today it would be, "You need to build some walls to keep danger away"

Notice that Nehemiah “heard these words an wept”. What are the things in your life that you have seen that have made you weep? Do you come from or have you been impacted by someone in your family that have broken homes because of adultery or abuse? Do you recognize the pain in children when their mom and dad no longer love each other. Do you know how that makes them feel? Do you know that over 60% of all married people at some time during their marriage are unfaithful to their marriage vows? Do you know what it is like to have to deal with drunkenness, a DUI or the strange behavior that accompanies someone that is drinking too much?

Proverbs 25:28 tells us "a man who lacks self-control is like a city whose walls are broken down." Without self-control, passion, lust, peer-pressure and our pride will be our downfall.

Don’t be seduced! We live in a society that has discarded the persuasion that some choices are always right and some choices are always wrong. Black and white has given way to many shades of gray! I have learned that I can’t walk so close to the fire that you won’t be burned. The Bible says that it’s impossible to live that close to Sodom and not be affected. The King James uses the word, “vexed” (2 Peter 2:7). We all need healthy boundaries; we need to know where we can tread safely and where it was better not to venture.

So what are “healthy boundaries”? What does it mean to set up personal boundaries?

A boundary is an invisible protective fence around our personal God-given space.

A boundary is something we are supposed to have. It is not “keeping people out” so that we don’t ever interact with others. It is a space or a distance that gives you protection from being controlled by the influence of others, but through which you can have healthy relationships.

Boundaries are lines that we have determined before hand that we will not cross. Boundaries are personal but are to be fixed and not flexible. For example, boundaries tell us there is danger beyond a certain point. I don't want to put myself into a position where I can jeopardize my life, my testimony, or my family.

Heathy personal boundaries help us to not fall into a weakened or defenseless position where we can be easily be compromised.
- October 14, 2010

The Right Kind of Church 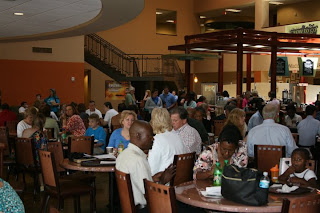 What makes a church “right”? In other words, what is the quality or the character of a church that is really doing it right or according to how we think Jesus would want His church to be?

Don’t you just love it when you find a church where people really love each other? I’m not talking about being friendly or casual but truly ‘kindly affectionate’.

Being kind is a virtue that is too often lacking in the world today. While it really is a virtue, many think of being ‘kind’ as sometimes being ‘weak’ or being ‘simple’. One of the hallmarks of really having kind is displaying kindness even when it’s difficult, such as when kindness is combined with the need for forgiveness and patience. Paul tells the Ephesians, “be kind to one another, tenderhearted, forgiving one another, just as God in Christ forgave you." (Eph 4:32 NKJV); and he tells the Colossians, "therefore, as the elect of God, holy and beloved, put on tender mercies, kindness, humility, meekness, long-suffering.” (Col. 3:12 NKJV)

It’s relatively easy to put out signs at church that say, “welcome”, but true kindness combined with affection goes further. Kindly affection extends our welcome to everyone in the community regardless of their background, race, ethnicity and gender. Kindly affection welcomes sinners as well as saints. Kindly affection allows us to honor each other in the church and most importantly gives each other room for God to finish the work that we often feel is already perfected in ourselves.

I love that kind of church!