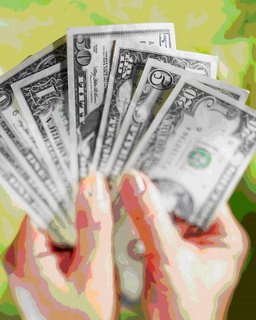 From Leadership Network: an E-publication of the Resource Network.

Since their inception, Leadership Network forums have been a place where peers are able to share mutual strengths, concerns and solutions. In many of the forums that I have attended over the years, we conducted informal salary surveys of the participants. This was usually done in a crude way, such as passing a blank pad around the room with various forum groups recording slightly differing information.Even with this crude methodology of collection, many participants considered this data to be invaluable when compared to other compensation surveys. Why?

In late 2001 and early 2002, we gathered compensation data from a very select group of churches with more intentionality than in previous years. We hand selected a representative sample of churches that we considered to be some of the best in the country. We tried to balance the sample by denominational background, regions of the country and context within their region, as well as the tenure of the senior minister.By no means is the data as scientific or statistically valid as an advanced, expensive survey undertaken by a university researcher. Our approach was to gather data from churches with good practices and then create a report from which other churches could learn. To obtain a copy of the complete report contact Leadership Network. The following summary report has some highlights of the findings.

Based upon these figures, the average gift per attender for the year was approximately $2,000. In most instances, giving amounts were correlated to church size.

The survey asked for cash salary plus housing allowance for various staff roles. It did not include other benefits that are often a part of a minister’s total compensation package. The figures were all over the place and had no correlation to size. The figures below are all averages.

A more complete discussion of benefits is also included in the full report.

We wanted to know what the churches used as a guideline for salary raises within the past year and we asked for the average annual percentage increase given. Please note that this is a highly subjective number due to many factors.

The average increase for cash salary was 4.3% for all staff. The range for the averages was from 0 to as high as 10%. In addition, approximately 25% of the churches had some bonus structure in place. How should you use these numbers? Use them as a means for comparison and norming when working through your salary and benefits plan. Do not use the survey as the final solution. Regional factors, cost of living factors, as well as experience and tenure must be considered when establishing compensation plans. Several times each year I have telephone conversations with members of governing boards concerning issues of compensation, benefits and the retention of key staff members. Our conversations not only deal with financial compensation, but also with non-financial ways to improve staff morale and well being. Most congregations fail to realize how valuable staff are for accomplishing their congregational mission.

Christianity Today has a number of good articles on salary and staff compensation at: www.ChristianityToday.com/cgi/texis/webinator/search4/?query=salary+survey

Other groups that conduct compensation surveys include:
The National Association of Church Business Administrators www.nacba.net
The Institute for Church Leadership http://www.iclonline.com/