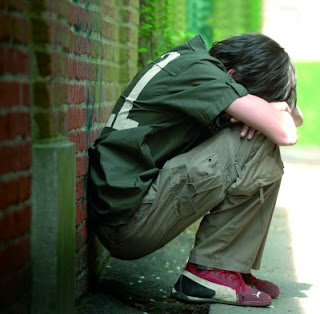 Bullying has been in the news lately.

No one likes a bully.   We have learned as well that the results of persistent bullying can be very dangerous.   Studies have shown that there is a strong link between bullying and suicide particularly among high school students. As a result, many schools and activists are trying to stamp out bullying

So why is it that bullying Christians seems to be in vogue?  Recently at an “Anti-bullying” event, the speaker decided to go on a rant against the Bible.  When he used an expletive to describe the Bible’s teaching on homosexuality a number of Christian students walked out.

Not comfortable with their decent or departure, he decided to call them ‘pansies’, much to the delight of the remaining students in the audience.

Unfortunately this is becoming all too frequent, particularly in our educational institutions.  Our schools aren’t just about education anymore; they are social change laboratories.  Students are taught what is thought to be socially acceptable and tolerable.  The tolerance that they are taught however is a fragile tolerance for the only thing that seems to be intolerable among these ‘anti-bullying’ activists is strong religious convictions.

The Bible tells us that we are to be careful and watchful of this social engineering.  The Apostle Paul tells us, “Don’t let anyone capture you with empty philosophies and high-sounding nonsense that come from human thinking and from the spiritual powers of this world, rather than from Christ” (Col 2:8)

This antagonism against the Word of God and substituting human understand for true wisdom has been around since the days of the ancient philosophers. The early Greeks admired purity, extolled loyalty and self-sacrifice but like the Romans, a decline in morals among the rich and the most educated led to immoral and promiscuous behavior.  Ultimately, a total disregard for human life resulted in the awe and worship of gladiators who fought like savages in the arena.   Clarke’s commentary on the Bible says that an examination of the doctrine, wisdom and teachings of the most famed philosophers of antiquity from any nation shows that they were “darkened in their mind and irregular in their conduct.”

The wisdom of these empty philosophies stood in stark contrast to the genius and true wisdom of the Bible.   Students espousing a Biblical viewpoint are often ridiculed by their teachers.  We should all be able to stand a little ridicule, a little disrespect and even some persecution.  In the end however,we are to keep our minds on things that are noble, right, pure, lovely and worthy of praise.
- April 30, 2012